Ashleigh Barty to clash against Vera Zvonareva in US Open 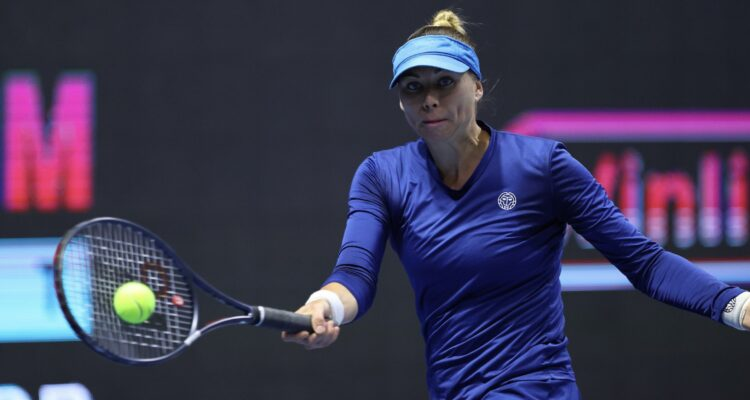 Current Wimbledon champion and the latest Cincinatti Masters winner Ashleigh Barty is going to face Vera Zvonareva in the first round of the US open. Barty comes into the game with superb form claiming all her wins without having to play a third set during the Cincinnati Masters. Meanwhile Vera comes into the contest after a walkover loss in the Winston-Salem Open.

Ashleigh Barty is ranked at number one right now and has shown amazing touch this year and is one of the favourites for winning the US Open in the women’s Singles. Meanwhile Vera achieved a career-high ranking of two in the Singles during 2010 but has receded to 101 recently. Meanwhile Zvonareva is ranked 35 in Doubles right now and is also going to play in a Mixed Doubles match-up tomorrow with Tom Purz against Ena Shibahara and Ben McLahlan.

Tennis 02 Oct 2022 15:57 Russia's Shevchenko defeated his compatriot Kotov and will play in the main grid of the ATP-500 tournament in Nur-Sultan Tennis 01 Oct 2022 22:24 Safiullin lost to Novak Djokovic in the semifinals of the Tel Aviv tournament Tennis 10 Jul 2022 20:14 Wimbledon 2022 Match Result: Novak Djokovic vs Nick Kyrgios: Novak wins(4-6, 6-3, 6-4, 7-6)
This website uses cookies
This provides customers with a personalized experience and increases the efficiency of visiting the site, allowing us to provide the most efficient service. By using the website and accepting the terms of the policy, you consent to the use of cookies in accordance with the terms of this policy.
Settings
Feed
Customize