The tournament is going to open with a game between Senegal and Guinea. Senegal has won the AfroBasket cup eleven times while Guinea is a wild-card entry. The Group Phase games are going to be completed within just two days.

Here is the complete schedule: 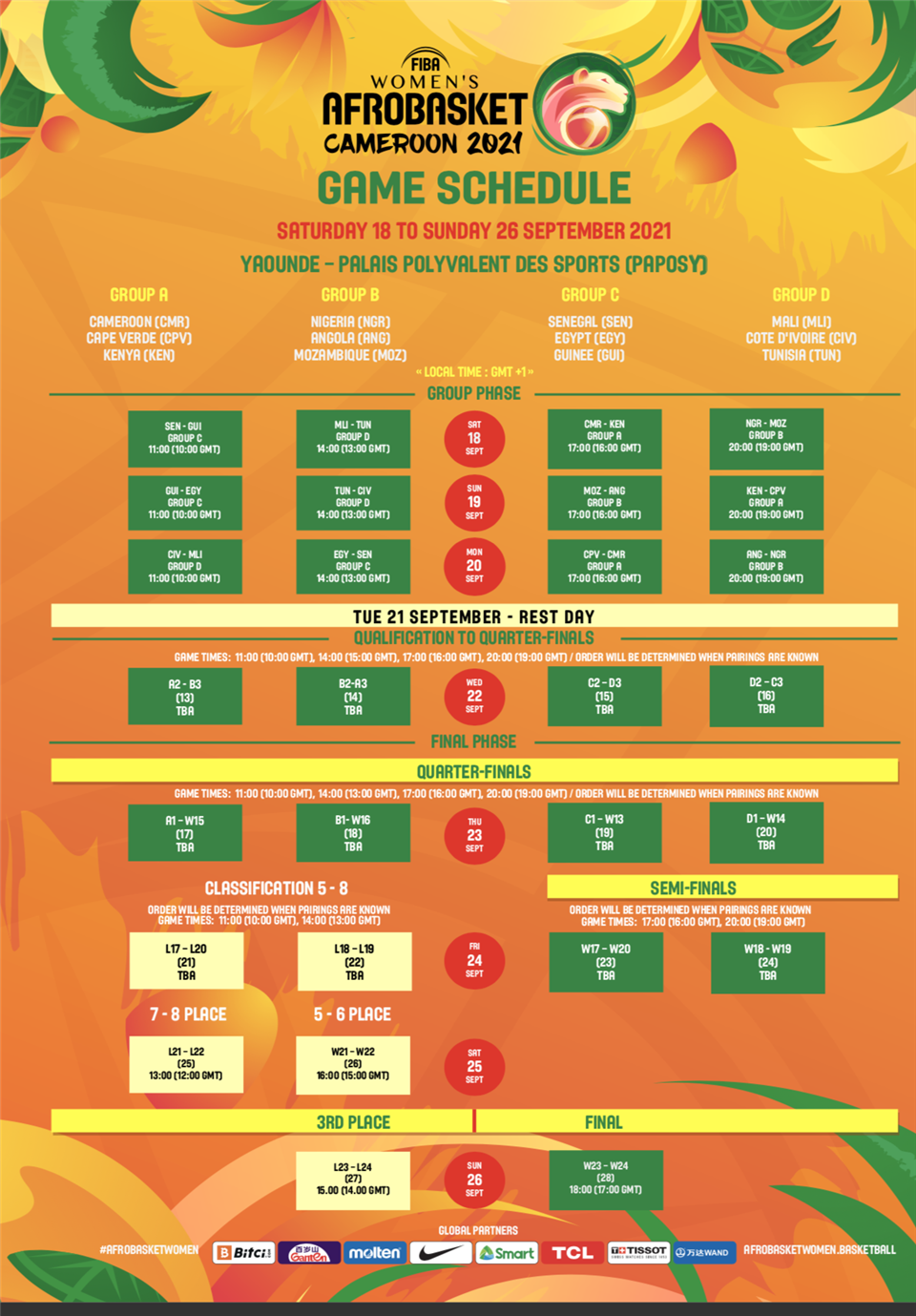