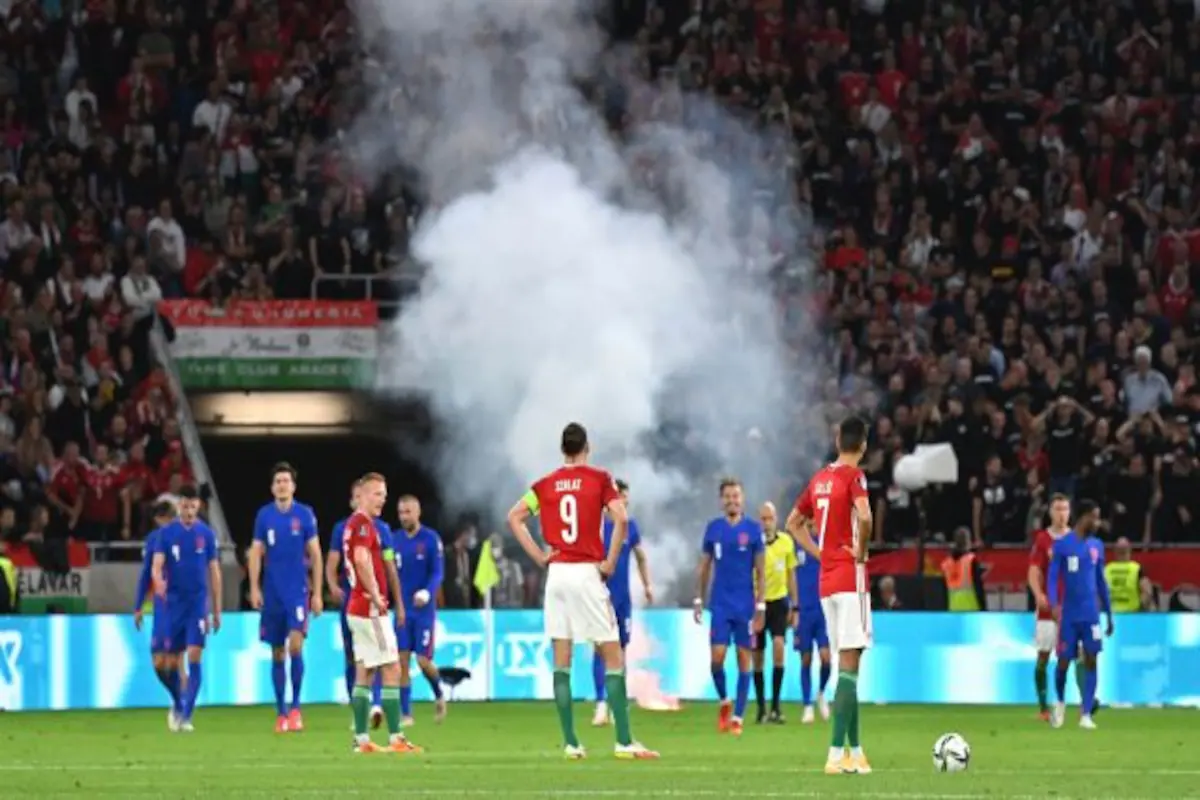 Racism continues to haunt people of color in the football world and the sports world as Raheem Sterling and Jude Bellingham faced an array of racist remarks during the Hungary-England clash in the World Cup Qualifiers. The International Federation of Association Football(FIFA) has launched an investigation into the matter but the instances of racial abuse and discrimination continue to plague the sporting world.

Some spectators also threw certain objects on the pitch including a flare as tensions mounted during the match between Hungary and England. England won the encounter four-nil against Hungary as Raheem Sterling hit the first goal at fifty-minute mark but the off-the-pitch activities rather overshadowed what took place on the pitch.