"I wasn't nervous or embarrassed by the rainbow colors": Vettel 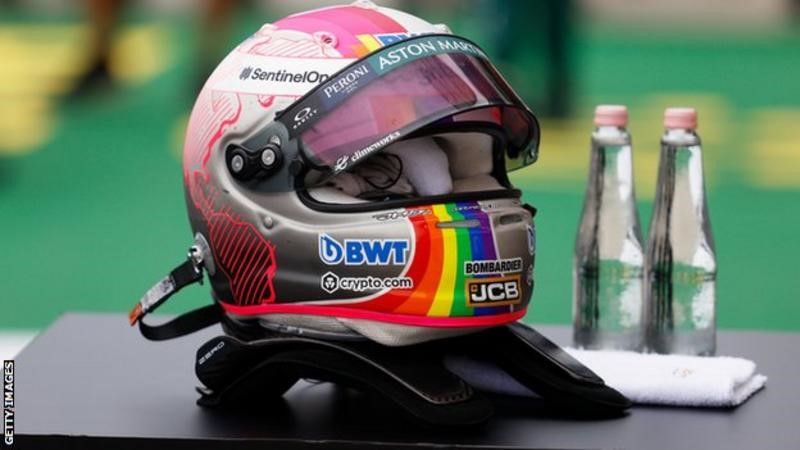 The tensions reigned high in Hungarian Grand Prix as Sebastian Vettel donned a helmet with rainbow colors to showcase that he is an ally for the LGBTQI+ movement. His act came in defiance to a Hungarian government that is considered hostile towards the people from the LGBTQ+ community. Sebastian Vettel’s support for the rights of LGBTQI+ and his undeterred confidence in his being an ally speaks about the changing conversations about LGBTQI+ rights in the sporting world.

Vettel said while speaking in a BBC podcast show: “It doesn't matter your skin colour, it doesn't matter your background, it doesn't matter where you come from, it doesn't matter who you fall in love with. In the end, you just want equal treatment for everybody." Mark Bishop, who is the Aston Martin’s chief communication officer and one of the few openly gay men who joined the podcast along with Vettel pitched in with an insightful commentary as well, saying the following: "I joke that, when I arrived nearly 30 years ago, I was the only gay in the F1 village. Now I'm not that, but LGBTQ+ people in Formula 1 are still a rarity. So to have someone like Seb, who is a straight man who completely understands that one should be able to live and let live, and love and make love to whoever you like, is very heartening. It's what we call allyship, and as I said to Sebastian, it meant a lot to me.