Manchester United vs Liverpool postponed due to fan protests 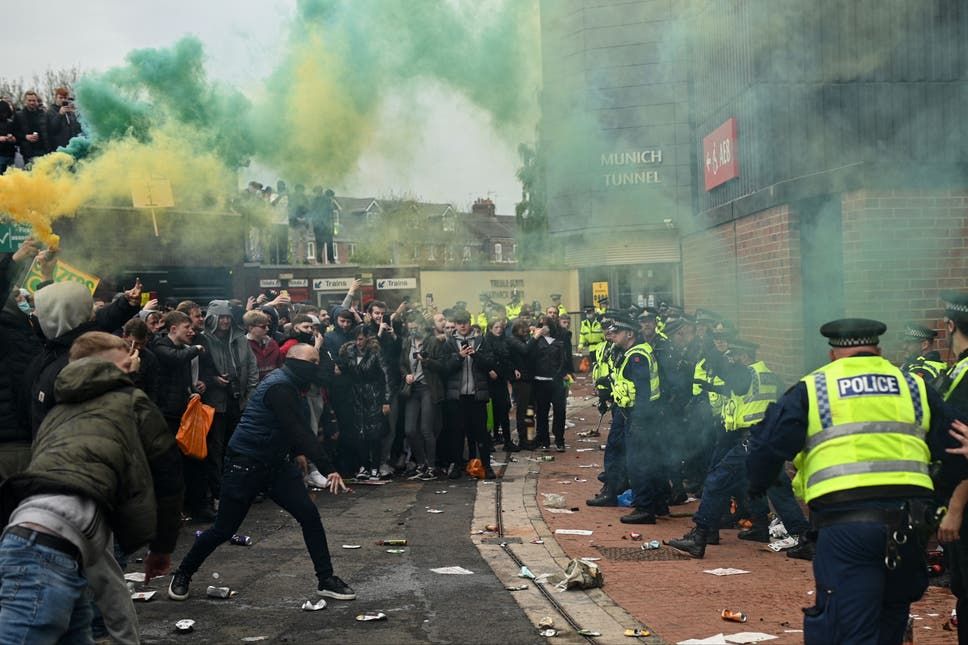 Manchester United's Premier League game at home to Liverpool has been postponed after fans invaded the pitch at Old Trafford in the hours leading up to the match on Sunday during a protest.

The match had been scheduled to start at 11:30 a.m. ET. The Premier League will confirm another date for the fixture «in due course.»

Dozens of Manchester United fans made it onto the pitch at Old Trafford as part of a protest against club owners, the Glazer family.

Images on social media showed individuals hanging off the crossbar and setting off flares on the pitch after thousands of supporters had congregated outside Old Trafford to make clear their displeasure with the Glazers, who were one of the key drivers behind the Super League proposals that collapsed last month.