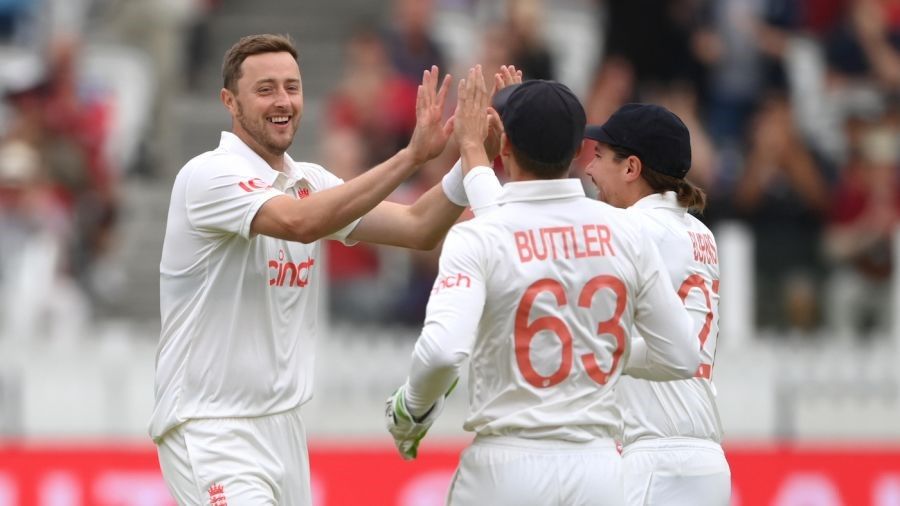 India had a collapse of sorts as the English bowlers came up with a better showing on Day two of the second test in the Lord’s. The proceedings for England started when KL Rahul drove an innocuous delivery by Ollie Robinson straight to covers and gave his wicket away in the first over of the match. Afterwards, Anderson snared Rahane within five balls of Rahul’s dismissal and India who began the day at 278/3 reached to 282/5 after losing two wickets in the first two overs of the day.

Rishabh Pant countered attack in his usual style and cracked 5 boundaries in his 37 runs innings before Mark Wood’s speedy delivery made him nick one to the wicketkeeper Buttler. Mohammad Shami didn’t last long and India’s total reached to 336 when they had lost 7 wickets. A gutsy innings from Ravindra Jadega and a dogged Ishant Sharma extended India’s effort as both of them put up a 26 runs partnership. Ultimately James Anderson cleaned up the tail and Indians were all out for 364. Overall, India added 86 runs today after losing 7 wickets, which marked a comeback of sorts from the English bowlers as Anderson claimed another five-for in his decorated career.