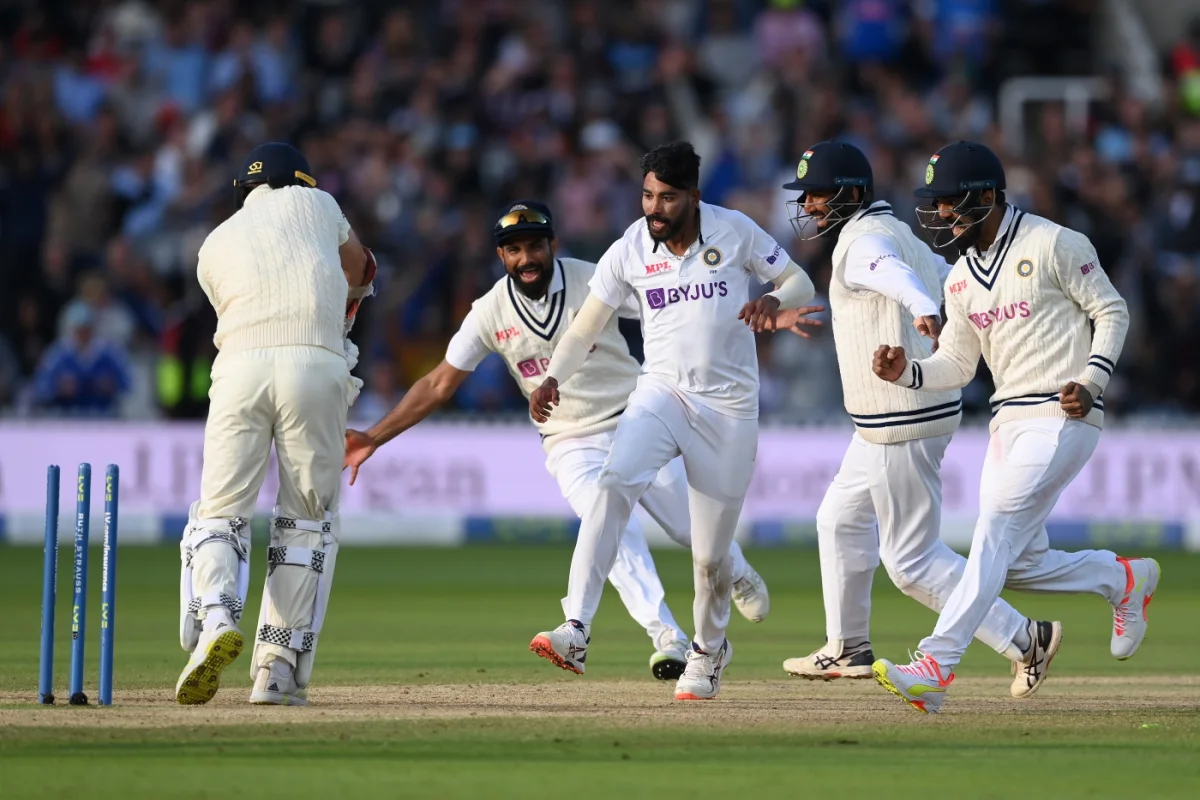 Mohammad Shami, Mohamamd Siraj, Ishant Sharma, and Jasprit Bumrah scripted a fairytale win for India as they claimed all of England’s wickets within two sessions. India got rescued by Shami and Bumrah with the bat as they set a target of 272 runs making sure India doesn’t lose the game. India asked England to bat out 60 overs after declaring at 298/8. Then Bumrah and Shami sniffed out both the English openers to reduce England at a score of 1 for the loss of 2 wickets. This is where English batters had to battle an attacking bowling which led to their ultimate downfall.

Joe Root and Haseeb Hameed made sure that English got on course but at 44 and in the 16th over, England lost Haseeb Hameed to a scorcher of a delivery by Ishant who got the LBW in his favour. However, Ishant pegged England back once again with the wicket of Johnny Bairstow within the 6 overs of Hameed’s dismissal. The biggest moment came when Bumrah had Root play at one and give a catch to Kohli, dominating the game after picking up their highest run scorer in the series. Ali and Buttler resisted for 16 overs but Siraj ended Moeen’s journey. Then he got Sam Curran on the very next ball and English suffered the seven blow at that point. Ollie Robinson tried to keep England on track along with Buttler but both the batsmen fell just three deliveries apart from each other after bunting out 13 overs together. James Anderson didn’t even last for more than 4 balls from there on and India sealed the deal. Siraj got hold of four of the last five wickets as India wrapped up a historic win in Lord’s. KL Rahul bagged the player of the match award for his 129 runs in the first innings but it is a clear case of team effort where almost every player contributed in some way.