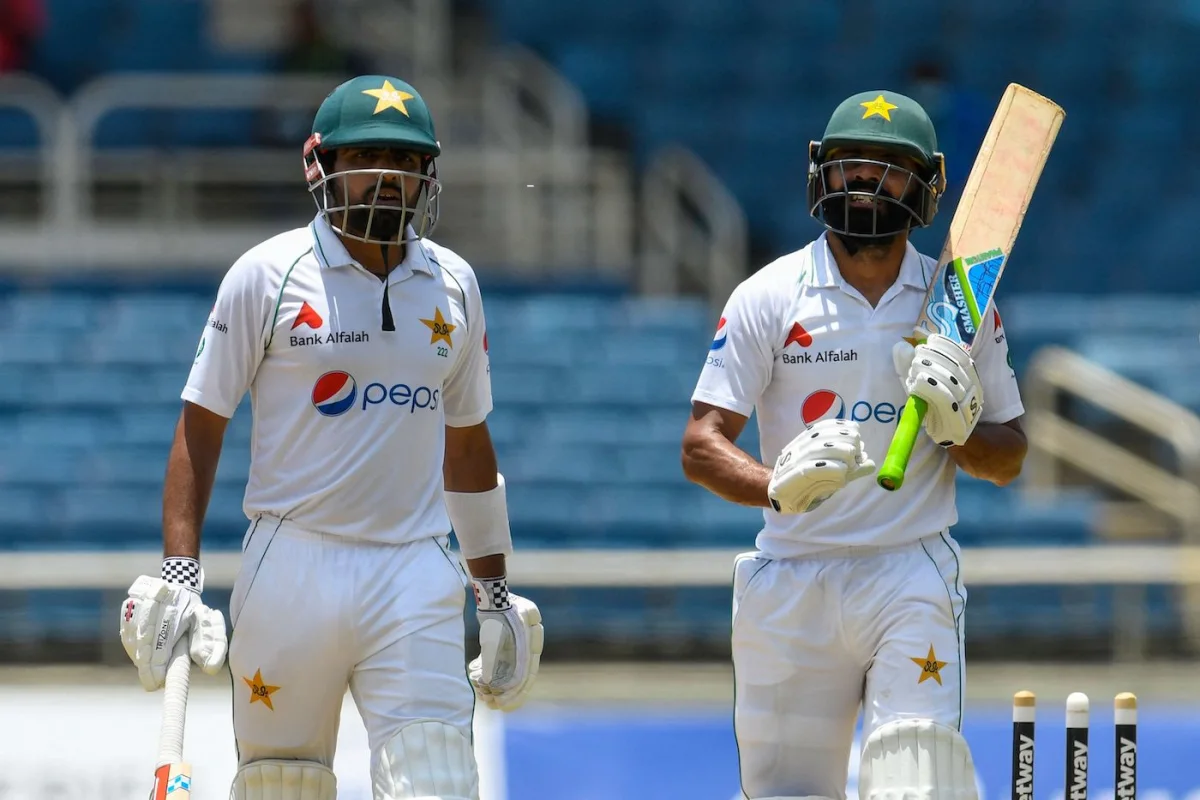 At one point, it looked like the Pakistan innings would crumble early under a heated swing display by Roach and Seales, however, Babar and Fawad had different plans. The game began with a fiery start by Roach as he removed two wickets and then Jayden Seals stepped up once again reducing Pakistan’s score two for three. However, a 158 runs partnership between Babar Azam and Fawad Alam ensured that Pakistan reached 212/4 by the end of Day 1’s play.

After losing three early wickets, Babar and Fawad began cautiously and took Pakistan unscatched till Lunch. Then they began to hit some boundaries which created pressure upon the West Indies bowlers. However, West Indies got lucky when Fawad Alam retired hurt at the score of 158 for three and when he scored 76 runs. Just after Fawad’s absence, Babar Azam fell off a lovely delivery by Roach with Pakistan at 168 for 4. However, Mohammad Rizwan and Faheem Ashraf played with control and made sure Pakistan proceed further without any damaging as they mustered up 212 runs by the end of 74 overs and the rest of the day’s play didn’t happen because of a bad light.