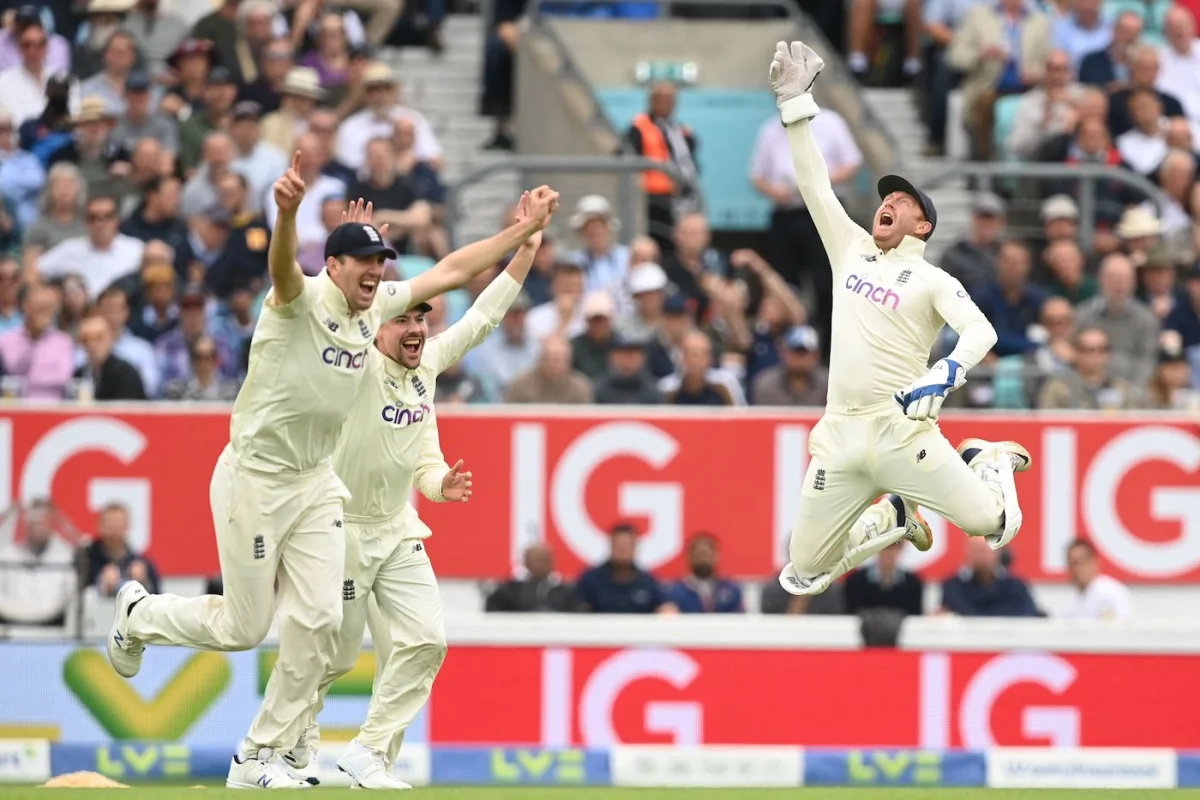 England’s seam bowling kept Indian batting on the ropes as the team could only muster up 122 for 6 till tea. India began with a lot of confidence scoring 28 runs in the first seven overs as KL Rahul and Rohit Sharma clipped four boundaries. However, Chris Woakes removed Rohit Sharma with a zipping delivery, reducing India to 28 for 1. Soon after both KL Rahul and Cheteshwar Pujara fell by the score of 39 as Ollie Robinson and James Anderson ran through the top-order.

India decided to promote Ravindra Jadeja to number 5, a move which didn’t pay much dividends, as Jadeja fell against a wobbly delivery by the probing Chris Woakes after making just and India fell to 69 for 4. Kohli got dropped on when he just reached 22 off a Woakes’ ripper and went on to make a half century. However, just as he reached his half century, he feathered one to Bairstow off a lovely in-between length delivery by Ollie Robinson. Rahane looked in decent form before Ali grabbed a tough slip catch off Overton’s delivery.