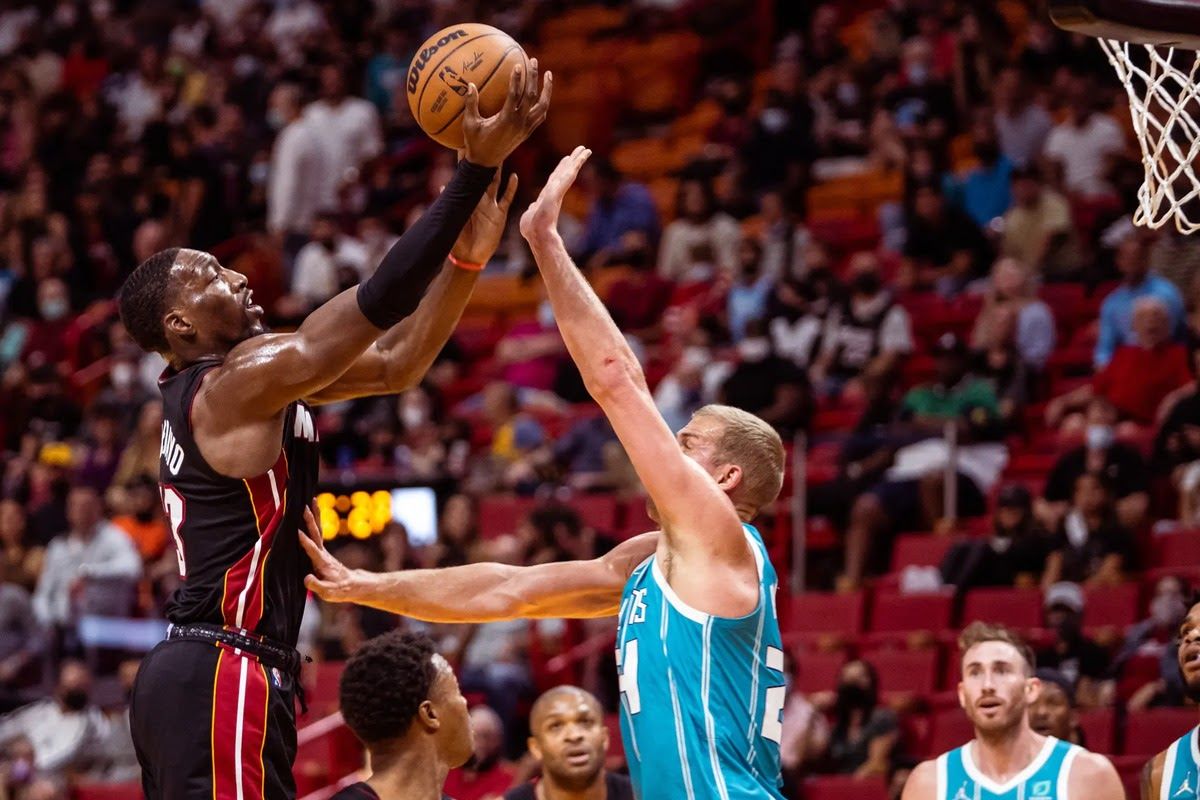 Miami Heat kept their season rolling with a 114-99 win over the Charlotte Hornets. Three players scored past 20 points for Heat with Jimmy Butler having a huge 32-point night to cap off the fourth win of this season. For Hornets, Bridges and Hayward combined for 45 points but LaMelo shot a paltry 2/14 from the field.

The Heat has looked in wonderful touch this season and Tyler Herro is one of the main reasons for that. Herro chipped in wih 26 points on a 9/13 shooting, clicking on 4 three-pointers. Meanwhile, Bam Adebayo continued his spectacular season and had another big rebounding night with 19 boards and also looped in 26 points. Lowry’s offensive struggles continued and he shot just 2/10 while dishing off 5 assissts and grabbing 6 rebounds.

Mikal Bridges has once again proven he is going to have a breakout season. The Forward collected 22 points and shot 9/21 from the floor. He has now scored 22 or more in the last five games, including three 30+ points games. On the other hand, LaMelo Ball found no rhythm with his shot and went for 2/14. This follows a 21.4% shooting night against the Magic and he only shot around 33% in the game before that. Meanwhile, Caleb Martin continued his superb off-the-bench production with 15 points.