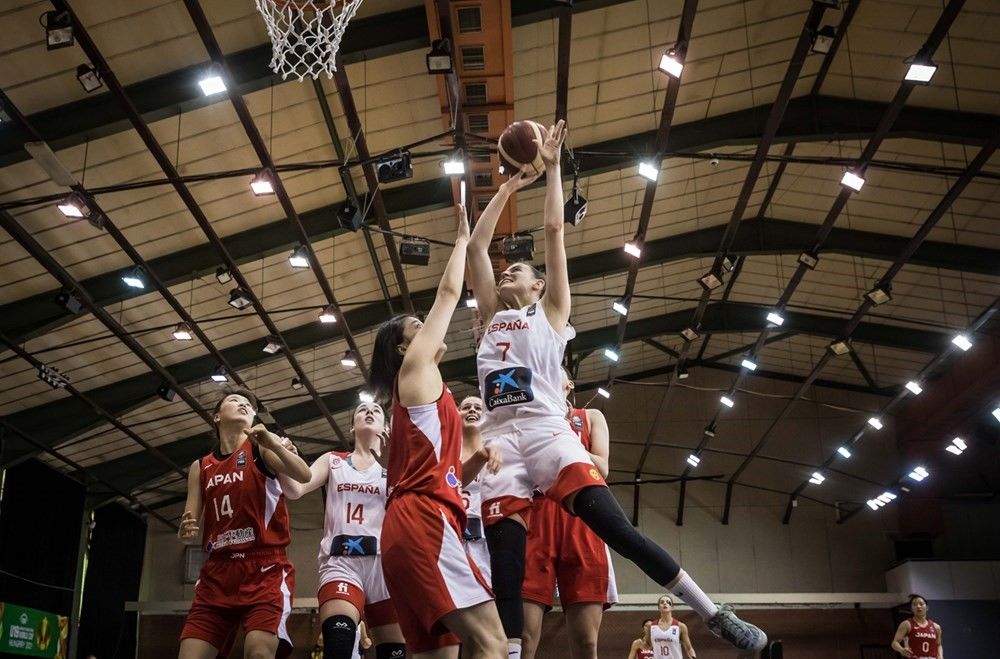 The Round of 16 in the Women’s U19 World Cup began with the Spanish victory as they put away Japan 71-64. Elena Buenavida led the Spanish effort by compiling 16 points and 5 rebounds off the bench.Japan’s Aika Hirashita notched the game’s only double-double reeling in 10 points and 10 rebounds.

Japan did have the lead till the third quarter when they were up 57-53 but Elena’s hook shot in the 6:50 mark of the fourth quarter gave Spain a 60-59 lead and then the big shot came from Claudia Contell who put Spain up 65-59 with 4 minutes remaining in the game. The biggest problem for Japan was going scoreless for seven minutes in the fourth quarter which diluted the advantage of the prior quarters.