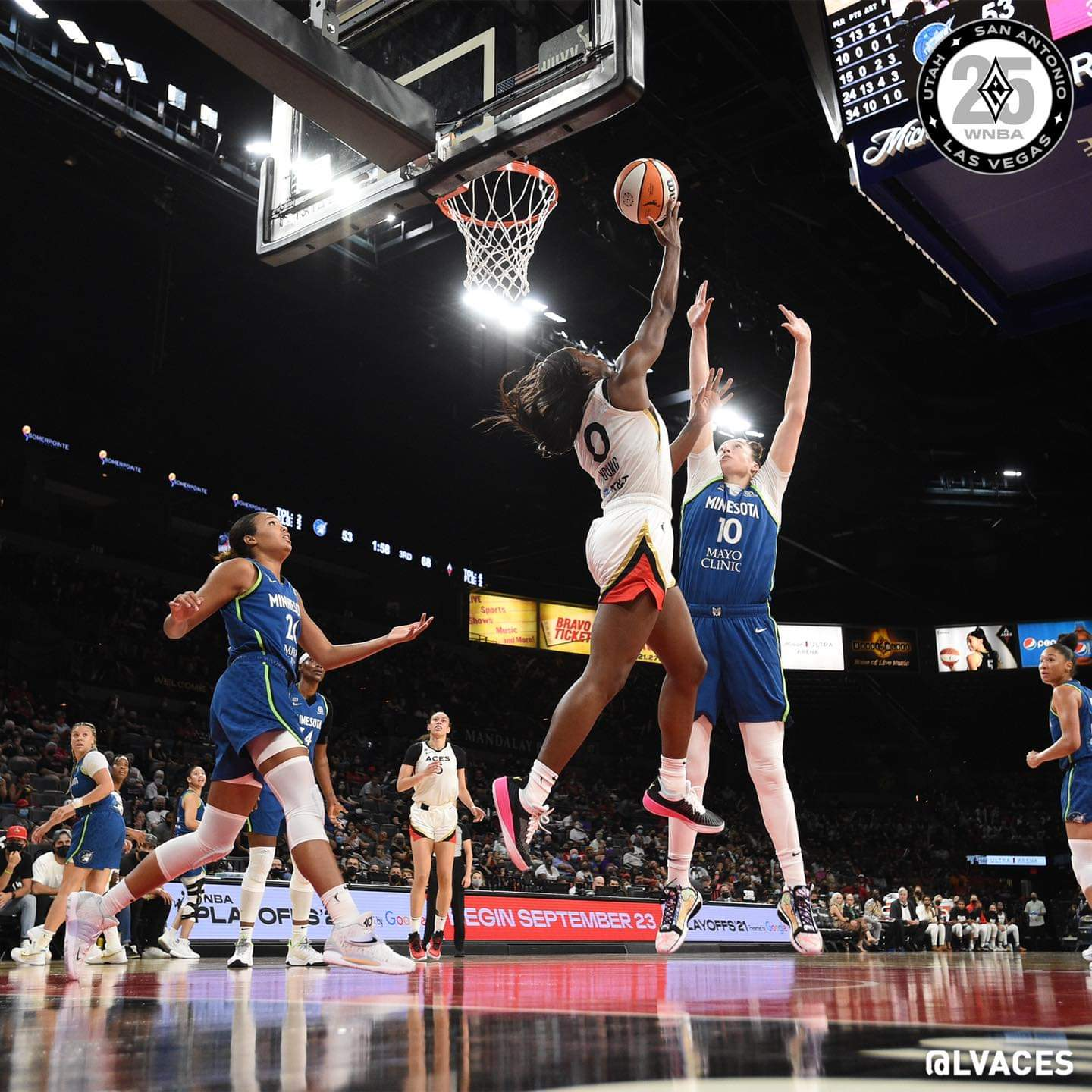 Mercury 76 Dream 75: Atlanta Dream must have felt a ton of relief as they learned that Diana Taurasi and Brittney Griner are out for the game. And it did look like they can finally steal one against the red-hot Mercury but it didn’t turn out to be so. Atlanta jumped to a fourteen points lead in the first half and it looked like that the depleted Mercury would lose in this game. However, a 21-13 third quarter Mercury run reduced Dream’s advantage to six points. The game took a dramatic turn in the and Dream had a two-point lead with less than four seconds to go in the game. This is where Elizabeth Williams fouled Shey Peddy on the three-point line and the backup guard sunk all three of her attempts giving the Mercury a one-point advantage. To end the game, Courtney Williams got a tough look from the deep in the right corner which the Mercury defense closed up quickly as her shot didn’t fall giving Mercury the win. For Mercury, Shey Peddy who started for Diana tormented the Dream all night with her crossovers, hitting layups, floaters, and three-pointers, capping her night making three clutch free throws for 18 points. Courtney Williams had another superb game capitalizing upon 20 points and 14 rebounds but the Dream couldn’t win despite holding the lead for all but the last 4 seconds of the game, such is the irony of basketball, you can lead for 39 minutes and 56 seconds of the game but can still lose it!

Aces 102 Lynx 81: When Jackie Young start hitting shots for the Aces, the night got pretty much done for a superb defensive team in Lynx. However, the stellar defensive unit couldn’t contain a red-hot Jackie who sank mid-rangers, low-post shots and hit tough fadeaways leading all scorers with 27 points. With both teams knotted at 27 each after the first period, Jackie caught fire in the second quarter and didn’t look back as the Aces jumped to fourteen point lead by halftime and expanded the advantage to fifteen by the end of the third quarter. Then Aces’ continued to pour on heat from inside and extracted 28 points in the last quarter giving Aces a 21 points victory. Aerial Powers scored 20 points off the bench while Napheesa hit tough shots all night for 18 points, but the Aces offense clicked on another level as A’ja scored 20, Riquna hit long-range jumpers for 16, Dearica and Plum got 14 and 13 respectively off the bench. One can also not overlook a superb performance by Chelsea Gray who fed Jackie all night and ended up with 14 assists.