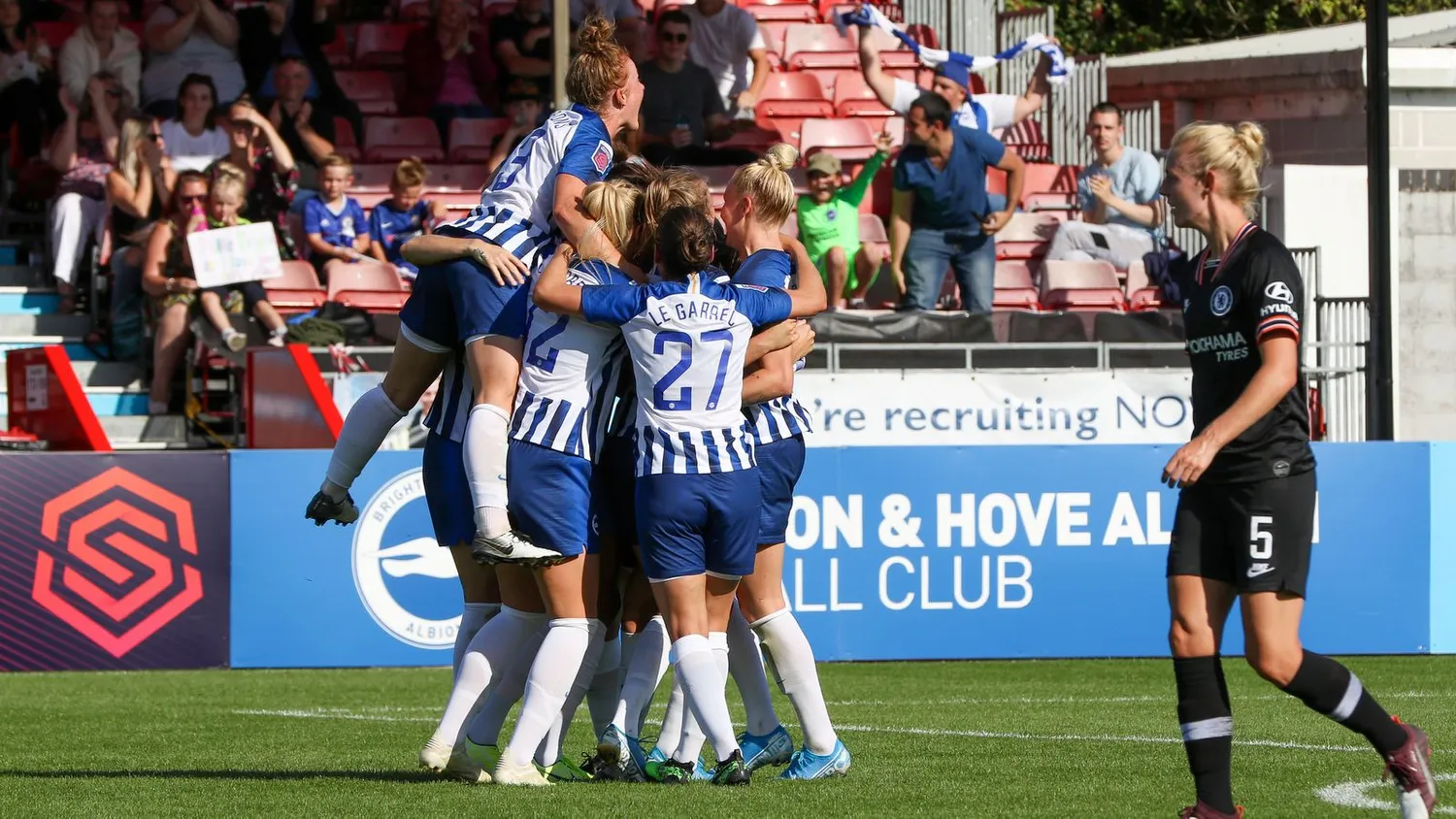 Brighton & Hove pulled off a two-nil win against West Ham United in what proved to be a frustrating day for West Ham. Both the goals for Brighton came in the first half and West Ham proved to be ineffective throughout the game. A red card to Hawa Cissoko at the thirty-minute mark meant that West Ham fielded a ten-player unit for more than sixty minutes.

The first goal occurred at the thirty-minute mark after a red-card got assigned to Hawa Cissoko for a hard foul. Inessa Kaagman converted the penalty to lift Brighton one-nil. Then at the forty-one-minute mark, Lee Geum-Min nailed the second goal from the center of the box to give Brighton a huge two-nil lead as West Ham couldn’t scratch one throughout the game. Brighton controlled the ball 59% of the time while they had five shots on target compared to West’s Ham solitary attempt at the goal. Earlier, Arsenal beat Chelsea in a thriller to open up the campaign.