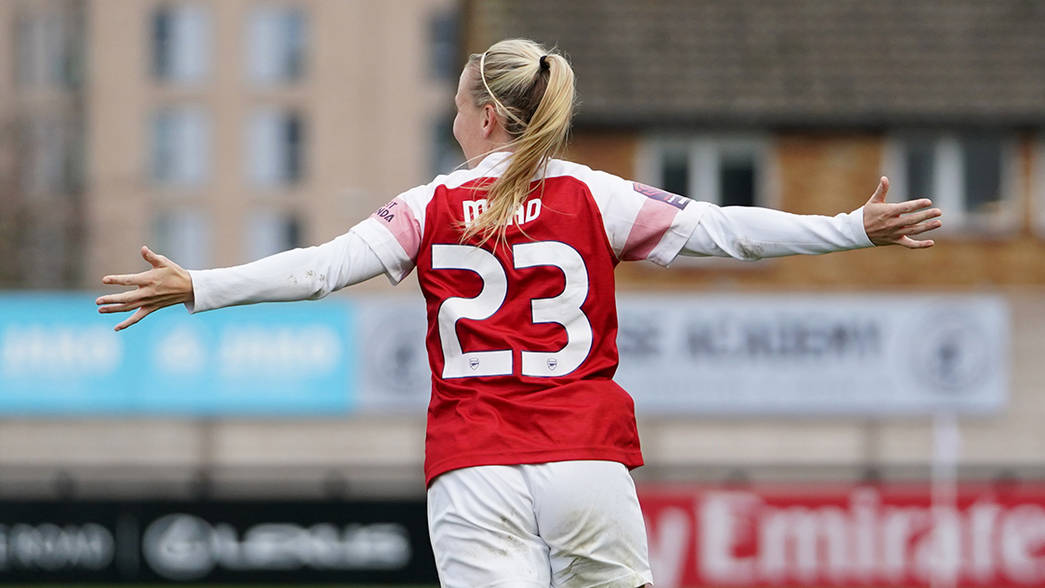 Arsenal’s WSL campaign began with a thrilling win as they pip the defending champions three-two. The game remained tied till halftime as both teams scored one goal each. Then in the second half, Arsenal hit two goals compared to Chelsea’s one to edge ahead and claim a huge to bolster their confidence.

The first goal for Arsenal came at the fourteenth-minute mark as Vivanna Miedema nailed a shot from the left side of the box assisted by Katie McCabe. Then Chelsea put in an equalizer as Erin Cuthbert nailed one at the forty-fourth minute. However, Beth Mead put on a show in the second and nailed two goals for them in a space of just 12 minutes, first by nailing a left-footed shot from the center of the box and then a difficult shot from the right side after receiving a ball from Mana Iwabuchi at the sixty one minute mark. However, Chelsea replied just after three minutes as Pernille Harder got one to go through the net through a lovely header. Then Arsenal played some lovely defense and held on to their three-two lead as the reigning champions produced opportunities but came up short in front of a crowd of 8,000 cheering on Arsenal.