WSL: Tottenham beats Birmingham City to round off the day 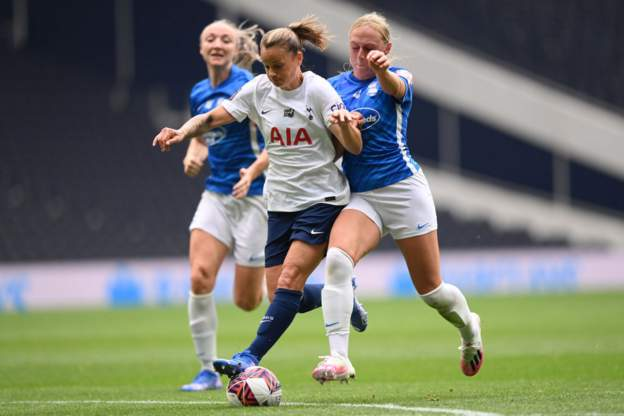 Tottenham controlled the game against Birmingham City as they beat them one-nil in a terrific showing. Tottenham scored the first goal just a few minutes before the first half and didn’t allow Birmingham many strikes at the goal. The second half didn’t see any goal but Hotspurs defense kept it tight to seal the deal.

Birmingham’s defense kept it tight for the first forty minutes but Kit Graham found the way in for the first goal as she drilled a beautiful goal off the assist from Percival. Birmingham got only one shot attempt on target as Tottenham had five attempts on the mark. Tottenham controlled the ball 67% of the time and earned nine corners in total