On Saturday Afternoon, The Bianconeri travel to the Stadio Giuseppe Meazza with hopes to continue building their confidence and strength toward the title race. The Champions on the other hand will seek to bounce off from the gnashing defeat against Chelsea at Stamford Bridge and maintain momentum and speed towards the top 4 race. Who will come out victorious in this rivalry? 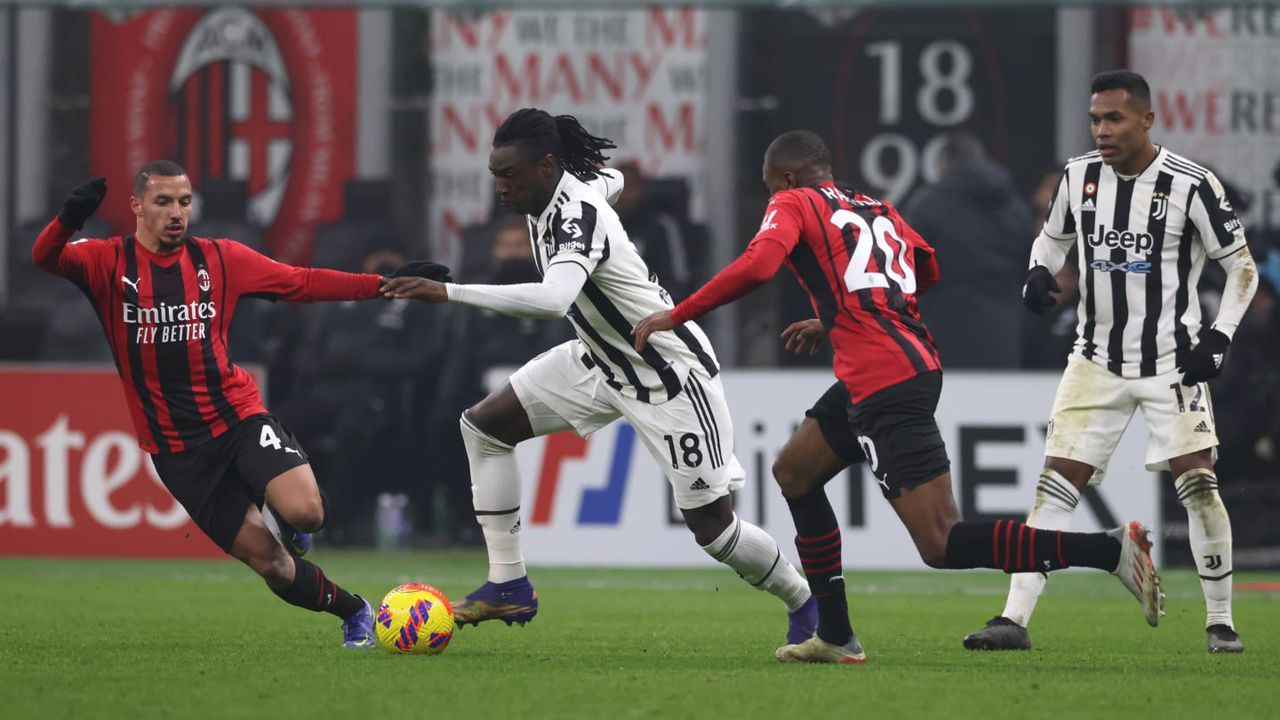 The Champions have been formidable since the start of their Serie A campaign this season, amassing a total of seventeen (17) points from eight (8) matches. They averaged five (5) wins, two (2) draws, and their only loss since January against table leaders Napoli in mid-September.

The Rossoneri’s are strong and focused in the attack area with Rafael Leao and Giroud averaging a total of six (6) goals since the start of the season. Milan is however presently indisposed as more than half of their first-team players are currently on injury, this is a major concern as the squad basically struggled against Chelsea which led to the woeful defeat at the Bridge. Theo Hernandez is in training and will be available for the battle against Juventus, however, talents like Calabria, Florenzi, Saelemaekers, Mike Maignan, Ibrahimovic, and Junior Messias will all be missing in action. Can Milan pull an upset on home soil as they have always done?

The Bianconeri have shown more promising potential since their return from the international break, currently placed in 7th position with 13 points, and with Allegri’s job still in conjecture. They whisked past Bologna last week and Maccabi Haifa in the Champions League with Vlahovic finding the back of the net and Di Maria recording a Hattrick of beautiful assists to his name.

Juventus have recorded three (3) wins, four (4) draws, and a loss in their Serie A campaign this season, not entirely a good start for the Banconeri but the return of Di Maria seems to have added spice to their attack force. Paul Pogba and Chiesa will still be missing in action against the Italian Champions. Can Allegri’s men deliver and snatch all points at the Stadio Giuseppe Meazza?

Both teams are impressive at the moment but Juventus will be looking for their first away win of the season. Milan has gotten the most of Juventus recently with four (4) wins, one draw, and a loss. The match will be a cagy and tricky one but we expect to see goals from both teams.