The personal account in Sapphirebet is quite ascetic. There is nothing extra, but the essentials are still there. You can control all your bets played and the bonus account and deposit and withdraw funds.

You can make a service that is not the most common in your account - coupon sale. It allows you to redeem part of the bet or the entire bet without waiting for the official announcement of the result of the match (competition). This option is available in the personal account section "bets history" - "recent bets". It is possible to make an "auto sell". The player enters the amount at which he wants to sell the coupon, and the deal will be completed automatically at the moment when its price coincides with the set amount.

As long as the "coupon sale" is available, it can be edited - to replace, add or delete the outcomes of their accumulator. In this case, the commission for each action is charged. It is forbidden to edit a slip in the following cases: the slip participates in promotions, the bet is insured or partially sold.

The bookmaker's bonus program is extensive, promotions are held often and regularly. Each bonus has its terms and conditions, which you should familiarize yourself with in advance. You can participate in each promotion only once, from one computer or IP address. Bonuses that relate to deposits do not combine. Bonus points are credited to a separate account and can only be transferred to the main game account after being won back. Usually, the bonus is valid for 30 days unless otherwise stated in the promotion. But the duration of free spins is regulated by the provider, not the betting company. The company reserves the right to cancel the promotion or exclude any player from participation.

There are no complicated solutions on the website; everything is familiar and understandable. It is nice that there are no pop-ups and animations, and all the components are in the same places where they should be. The button with the payment methods, registration button, odds settings (American, English, decimal, Hong Kong, Indonesian, Malaysian), site language selection (there are more than sixty) and local time are placed quite logically on the site. In the main menu - line, LIVE, PROMO, slots, live casino, games, results. There is useful information at the bottom of the site (about the bookmaker, contacts, rules, bets, games, statistics, coupon check, mobile version, payment methods, and others). On each website page, there is a call button for live chat with technical support, which answers instantly and in Russian). There is a button in the upper right corner of the website to select the language, and the choice is very wide - the bookmaker offers more than fifty different languages. Including, of course, Russian, Ukrainian, Belarusian and Kazakh. 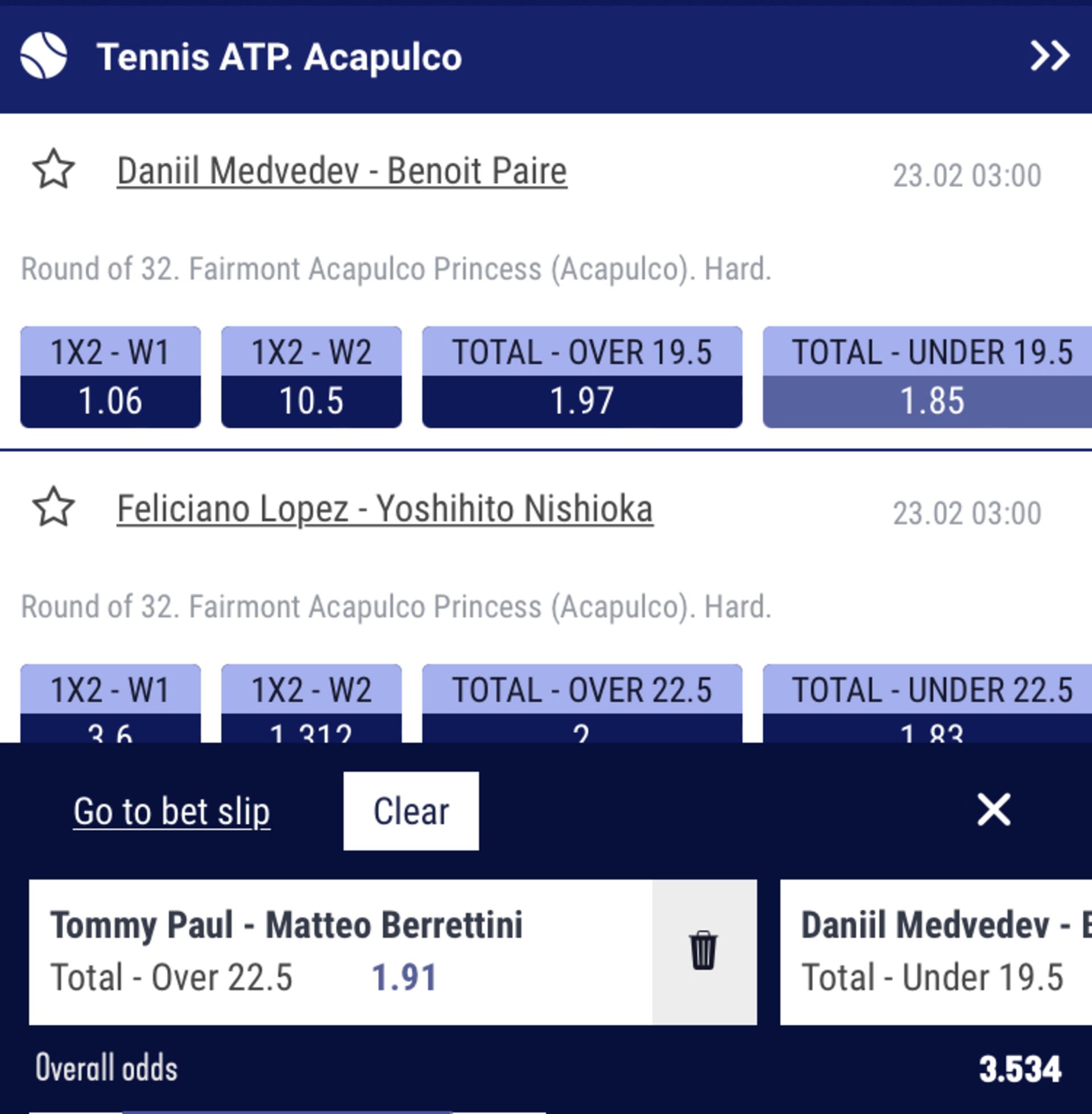 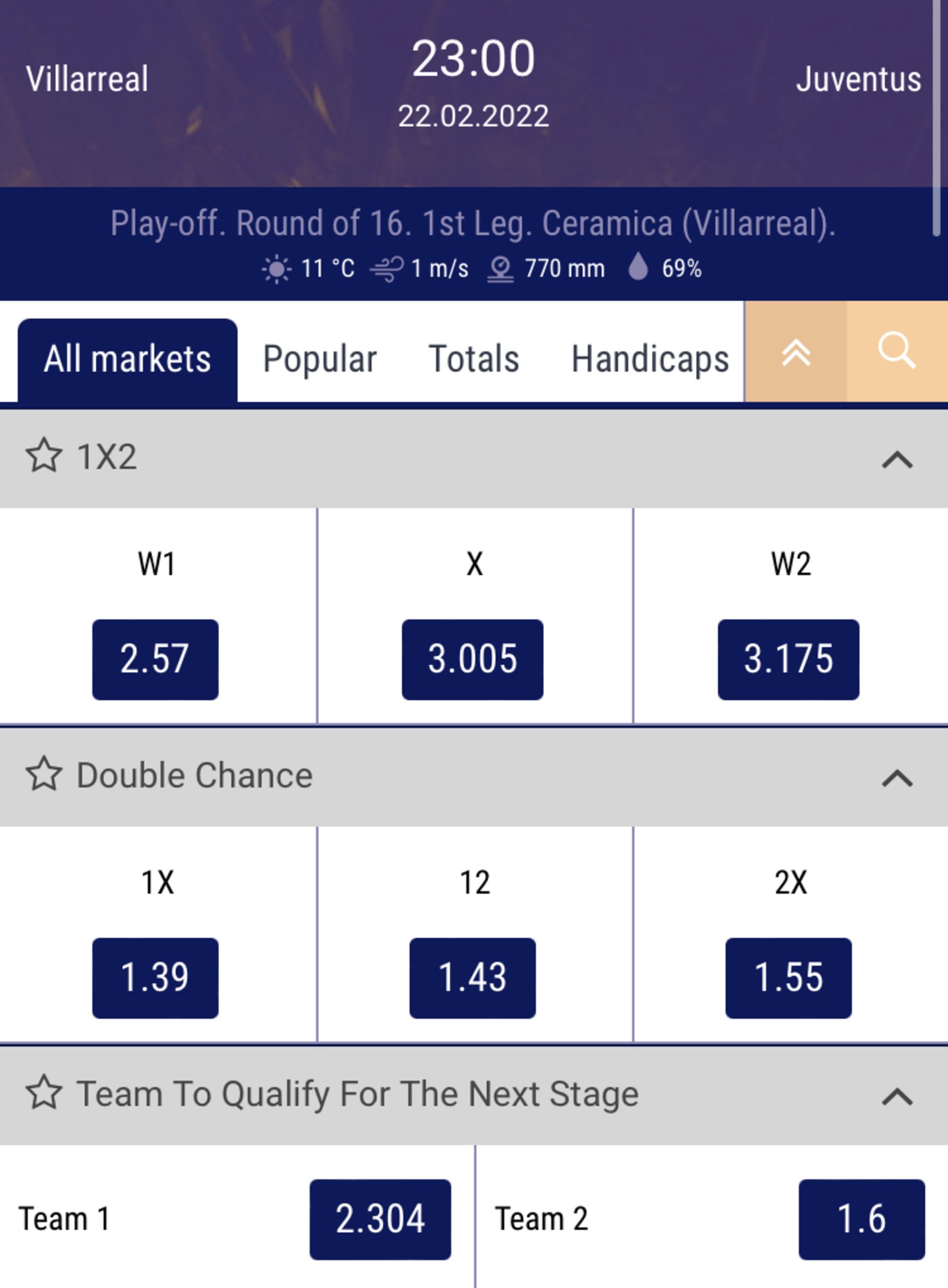 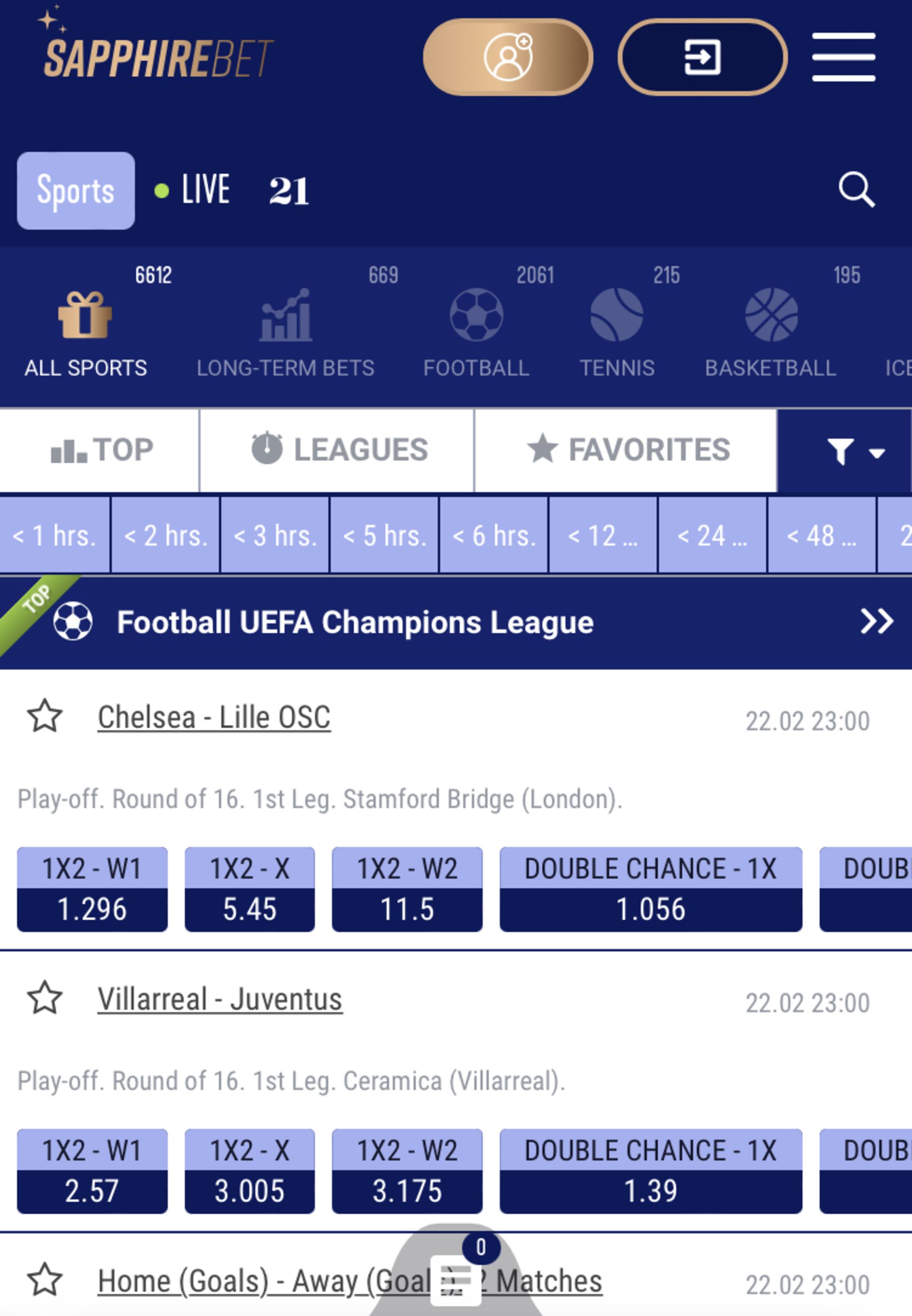 Unfortunately, Sapphirebet does not have a mobile app. As a solution for players who prefer to bet from gadgets, the betting provider offers a mobile site version. You can go to it at the bottom of the main resource, and it is much more convenient for small smartphone screens than the main site. The mobile version has the same functionality as the website. 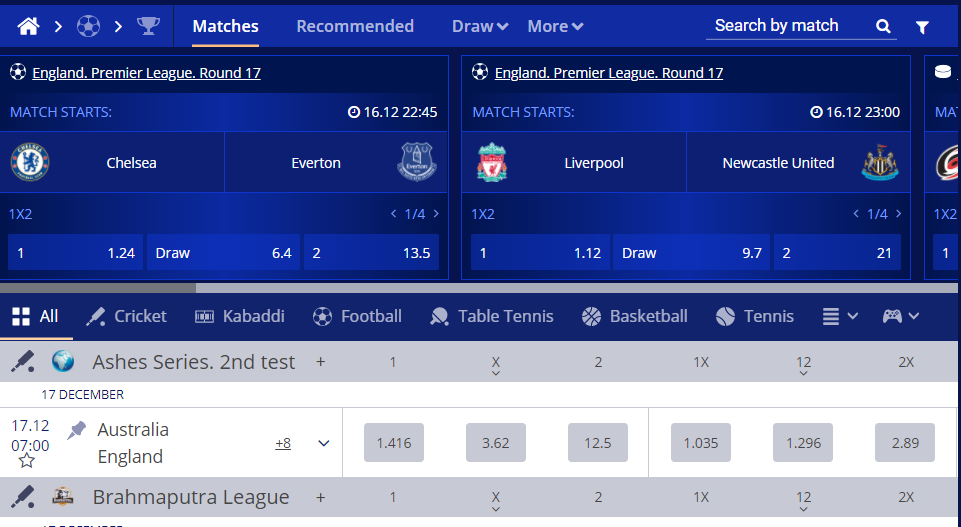 The page of the Sapphirebet Lines and Odds

The story here is about the same as with most betting companies. There are soccer bets, and there are bets on everything else. There are also the leaders: tennis, basketball and hockey. But as for soccer, there is everything. Even the minor leagues, not even the most "soccer-playing" countries, and various Asian, African or South American championships, not to mention the top tournaments.

For many soccer matches, the lines reach more than 1,000 markets. For hockey and basketball, of course, less, but also impressive. But the odds are not that impressive. Nevertheless, in such a variety of offers, it is always possible to find an interesting option.

The minimum amount that can be bet is 0.3 US dollars, 0.2 Euros or the equivalent in any other allowed currency. The maximum amount is determined by the bookmaker independently for each particular bet. The maximum winning of one bet is allowed up to 40,000 Euro (or equivalent). The betting company reserves the right to change the odds and the size of the maximum and minimum bets for any player at its discretion.

Once a player has received confirmation that his bet is accepted, he will not be able to cancel or correct it. It is forbidden to bet an amount greater than the balance of the deposit. The bet made after the beginning of a match (competition) is considered invalid (except for LIVE betting). Also, a bet is not counted if it was made after the result of the competition became known, but for some reason (system failure or error) has not been updated on the betting company's site.

For regional competitions, betting results are calculated within a week and after they are officially published. If an opponent fails to show up, a bet refund is issued, not a defeat.

Any player has the right to ensure their bet (or its part). The price of insurance directly depends on the odds for the event.

The LIVE section at Sapphirbet consists of three subsections: bet on your own, MULTI-LIVE and Live Announcements. The bets made in LIVE mode cannot be changed or deleted. You can make bets online for extra and main results, and the odds are either blinking red (fallen) or green (increased). A bet must be registered on the server before it is accepted, and after that, the player is notified that it is accepted. But note that the bookmaker is not responsible for the information about the competition. Check the events on other sources.

The LIVE section itself is designed as a pretty handy table, where popular sports are highlighted in a separate line. Besides, there is a search option.

There are no video streams of competitions on the site, which is a big minus. 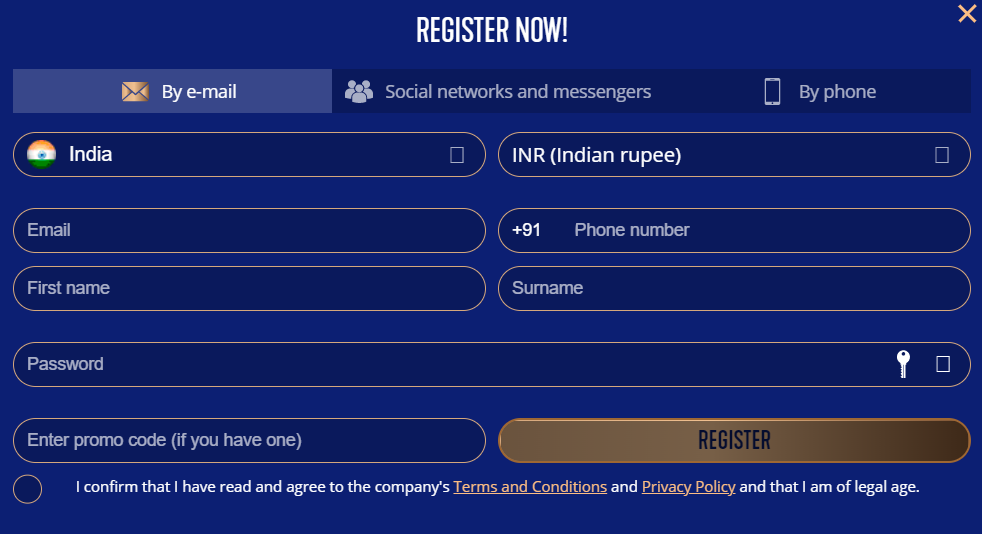 The page of the Sapphirbet Registration

Registration at the Sapphirebet website is possible in two ways: via email and in one click. It is available for residents of many countries, including Russia, Ukraine, Belarus, Kazakhstan, Moldova and Abkhazia. You can accept (or refuse) a 100% bonus on your first deposit and first bet insurance during registration. Bonus activation is automatic.

You have to fill the form. The following information should be presented: country, region (region or province), city (optional), choose the currency (there are many, there is Russian rouble, new Belarusian rouble, Azerbaijani manat, Georgian lari, etc.), email address, phone number, first and last name, twice enter password and promo code (if any). Agree with the company's rules, tick the box and click "Register". You will receive an email with a link to click to complete the registration procedure.

Translated with www.DeepL.com/Translator (free version)Agree with the company's rules, check the box, click Register. You will receive an email with a link to click, which will be the end of the registration procedure.

Here it is the same, but there are only two questions. You need to choose a country and a currency.

All betting companies require identification (verification). Sapphirebet betting company is no exception. Once you have registered on the website, you can deposit and start betting. But as soon as you win something and want to withdraw your winnings, the betting company will require documents from you to prove your identity and place of residence. If you entered inaccurate data when registering or under the age of 18, you would not be able to withdraw. They usually ask for proof of identity (e.g. passport) for identification.

Sponsorships and partnerships: Sapphirebet has nothing similar. It may be a sponsor of someone, but there is no information in public resources.

Nothing was found for your query :(
Also ask
Which registration options are available at SapphireBet?
Registration in Sapphirebet betting company is possible in two ways - by email and in one click. After completing the process, regardless of the chosen option, you should go to a personal cabinet and fill in the missing personal data. In addition, the betting company has the right to conduct additional identity verification, verification by requesting scans of identity documents.
Does the bookmaker offer products for mobile devices?
Yes, the Sapphirebet website is supported on all types of mobile devices. The mobile version is activated automatically if you open the resource from a smartphone or tablet. The bookmaker does not offer mobile applications, including those for Ios, Android and Windows operating systems.
How to access Sapphirebet round about lock-ups?
If the direct link to the bookmaker platform is unavailable, you can go to the site via mirrors. Alternative addresses of Sapphirebet are regularly updated. They can be easily found on the public Internet.
Does the bookmaker provide a bonus for new clients?
Yes, to get the SapphireBet Welcome Bonus, you need to register on our website and make a deposit into your account. A bonus of 100% of your deposit amount will be credited to your account. After wagering, the bonus becomes available for withdrawal.

Alisa Barladyan
Editor
Rating:
0
Comments
No Comments Yet! Be the first to share what you think!
New

Claim Bonus!
Bet Now!
Sportsbook Review Form
Step 1 out of 2
Excellent!
Your review will be published and will help someone with the choice of bookmaker
Settings
Feed
Customize