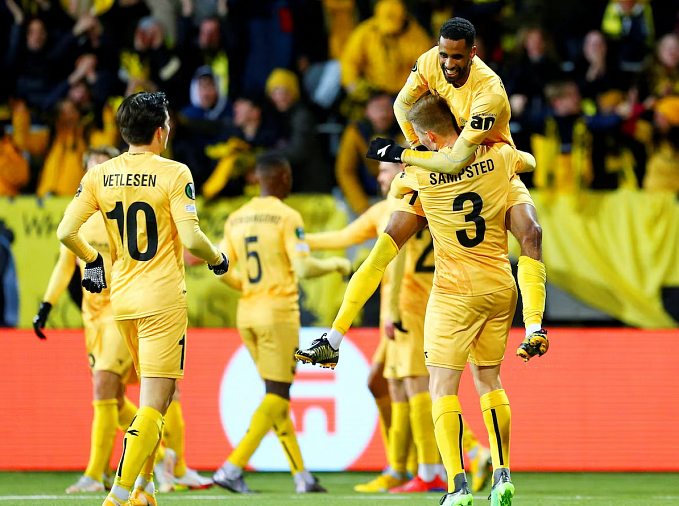 Accumulator tip for the Champions League qualifiers, which will take place on August 16. Who will be stronger? Check the teams’ conditions and expert betting tips. Several betting options are available!

Bodo-Glimt has already qualified for the Champions League in three rounds. First, the team beat Klaksvik (4:3 on aggregate), then they beat Linfield (8:1 on aggregate), and, in the last round, beat Zalgiris (6:1 on aggregate) out of the tournament.

Dinamo Zagreb started in the Champions League qualifiers in the round before last. The Croatian club's first opponents were Shkupi, and the team beat them by a total score of 3:2. After that, Dinamo defeated Ludogorets with a total score of 6:3.

In this match, we suggest betting on Bodo-Glimt. The team has no right to lose with their fans in Norway, and we think they will succeed. As a safe bet, we suggest a non-loss for the home side.

Copenhagen has qualified for the final round of Champions League qualification straight away. As for the new Danish league season, the team has produced only two wins in five games with three defeats.

Trabzonspor, like their opponents, begins their Champions League qualifiers straight from the final. They have already won the Supercup in the new season and picked up two wins in two Super League rounds.

We favor Trabzonspor in the upcoming game. The Turkish club started the season better than the Danish one. We think they have every chance of at least not losing to Copenhagen in the first leg.

Rangers are playing as reigning Europa League finalists in this Champions League qualifier. The Scottish side has already qualified once, facing the Belgian side Union. The first away game was a 2:0 defeat for the Rangers, but they beat their opponents with a score of 4:0 in the return leg at home.

PSV also qualified for one round of the Champions League. The Dutch club faced a tough opponent, Monaco. PSV avoided losing the first leg (1:1), while in the return leg at home, they snatched victory in extra time (3:2).

Here, we won't risk getting into the outcome. We suggest betting on goals. Rangers should show good football and at least score, as well as their opponents.