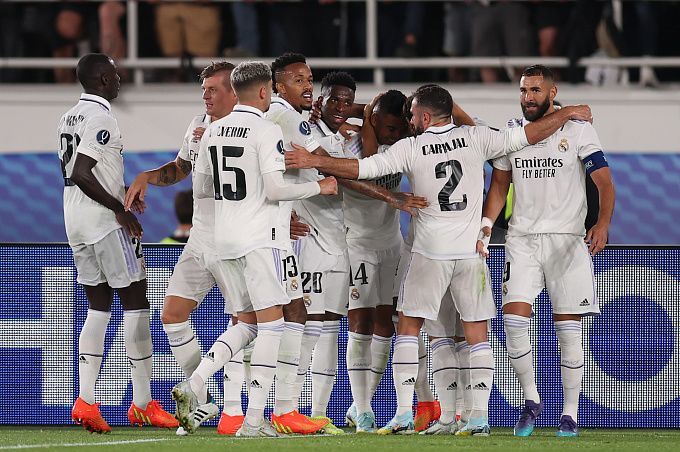 Accumulator tip for the EPL, Serie A, and La Liga matches, which will take place on August 20. Who will be stronger? Check the teams’ conditions and expert betting tips. Several betting options are available!

Everton vs Nottingham Forest: the Visitors to Gain Points

Everton began the season with two defeats. In the first round, they lost to Chelsea with a score of 0:1, and in the second to Aston Villa (1:2). Nottingham Forest, who returned to the EPL after 23 years, lost in the first round to Newcastle (0:2), but managed to beat West Ham (1:0) in the second.

We think that in this meeting, Nottingham Forest has every chance to gain points. Everton, frankly, was unimpressive in the first two rounds, so they're unlikely to win now. Moreover, the Foresters will be in the heat after the victory over West Ham.

Inter met with a newcomer to Serie A - Lecce in the first round of the new season on the road. No one promised the Nerazzurri an easy walk. As a result, they won 2:1, snatching the victory in extra time. Spezia has already played two matches in the new season. First, in the Coppa Italia, they blew out Como (5:1), and then, in Serie A, they beat Empoli 1:0.

The bookmakers believe that the favorite in this matchup is Inter. Yes, they won the first round somehow, but that was an away match. The hosts should have no problem coping with the modest Spezia at home San Siro.

Celta vs Real Madrid: Another Win for the Merengues

For Celta, the first round of the new season was quite good. The team drew with Espanyol in the home arena. Another thing is that up to the 72nd minute, the team was ahead by a margin of two goals, but then conceded two unanswered goals (2:2). Real Madrid has already achieved two victories in the new campaign. First, they won the UEFA Super Cup by beating Eintracht (2:0). Then, in the first round of La Liga, they claimed an away win over Almeria (2:1).

As for tips for the upcoming match, we propose to bet on a clean victory for Real. They outclassed Almeria, and with Celta, too, should cope without too many problems. By the way, their last four encounters ended up with a victory.