Content
To top
1.
Canada vs Morocco: the Canadians Can't win this World Cup
2.
Costa Rica vs Germany: the Germans to Gain the Long-Awaited Victory
3.
Japan vs Spain: Betting on the Spaniards
Users' Choice
2116 200 USD 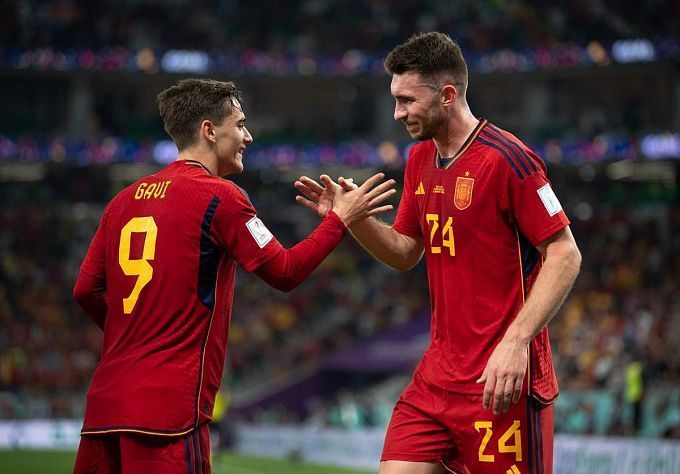 Accumulator tip for the FIFA World Cup 2022 matches, which will take place on December 1st. Who will be stronger? Check the teams’ conditions and expert betting tips. Several betting options are available!

Canada vs Morocco: the Canadians Can't win this World Cup

Canada was impressive in the first match of the World Cup 2022 with Belgium but still lost with a score of 0:1. In the second round, they resoundingly failed to beat Croatia (1:4). The Moroccan team sealed a nil-nil draw with Croatia in the first round and then unexpectedly won over Belgium in the shutout (2:0). So the Canadians are last in Group F with no points, while the Moroccans are second with four.

We think it is worth betting on the Moroccan team. The Africans desperately need points, while the Canadians are out of the World Cup anyway. After two defeats and without tournament motivation, Canada is unlikely to give 100% - we bet on a non-win for the Moroccans.

Costa Rica vs Germany: the Germans to Gain the Long-Awaited Victory

Costa Rica started the World Cup with an embarrassing 0:7 defeat to Spain. However, in the second game, the team unexpectedly beat Japan (1:0). Germany, in the first meeting, sensationally lost to Japan (1:2), and in the second game played a draw with Spain (1:1). Costa Rica occupies third place Group E with three points, while the Germans are on the bottom with one.

The Germans surely want this dramatic victory in this meeting. Considering what Spain did to Costa Rica, the Germans will win. Moreover, their tournament placing is terrible - Flick's wards are one step away from relegation. In general, we expect Germany to blow their opponent out.

Japan vs Spain: Betting on the Spaniards

Japan kicked off the World Cup in Qatar with a sensational win over Germany (2:1) but fell to Costa Rica (0:1). Spain, after their humiliating 7:0 win over Costa Rica, settled for a 1:1 tie with Germany. That's why Japan is second in Group E with three points, while Spain is leading with four.

We suggest betting on Spain. Japan did beat Germany, but it was more of a fluke as the Germans just couldn't seem to get the ball in the goal. The Spaniards intend to make it to the playoffs from first place in the group as they outclass the opponents with a more powerful squad.