Сhoosing the Most Remarkable Games of Wednesday: Accumulator Tip for July 20 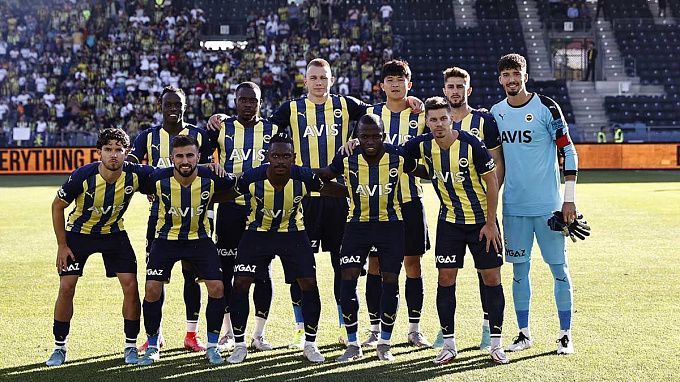 Accumulator tip for the UCL qualification matches, which will take place on July 20. Who will be stronger? Check the teams’ conditions and expert betting tips. Several betting options are available!

Macabbi Haifa vs Olympiacos: the Greeks Won't Lose At Least

For Olympiacos the past season was again a winning one in the Greek championship. The club ended up leading again, gaining 83 points in 36 rounds. As for the summer test matches, Olympiacos had eight of them - two wins, two draws and four defeats.

In this match we offer a bet on Olympiacos. The Greek club has a huge experience in the Champions League, and in European competitions in general. Meanwhile, Maccabi Haifa can't boast anything like that.

Since mid-April Dynamo Kyiv has played 15 friendly fixtures. As a result, Mircea Lucescu's charges have scored eight wins and four draws, and three defeats. In their last two games, we saw them lose 0:3 to Lyon and 1:2 to Antwerp.

Fenerbahce managed to beat Konyaspor in the last season of the Turkish championship and took second place in the standings. That gave the Istanbul side the right to play in the Champions League qualifier. Fenerbahce had six friendlies during the off-season, ending up with a draw and five wins in a row.

We believe that Fenerbahce is underestimated. The opponents are of similar status, and the field is neutral, but the Ukrainian club probably got out of practice in big matches since December 2021. That's why the Turkish one looks preferable.

Ferencvaros excelled in the last season of the Hungarian championship, claiming the title and earning 71 points in 33 rounds. Note that the team has already managed to pass one round of the Champions League selection. In the first away match with Tobol, Ferencvaros sealed a nil-nil draw, but at home, they literally left nothing from the Kazakh club (5:1).

Slovan also triumphed in the last campaign of the Slovakian championship. In 32 rounds, the team got 74 points. But the new season has already begun, and in the first round they lost to the club Podbrezova (1:2). Slovan also made it through one round of Champions League qualification. The team defeated Dinamo Batumi, snatching a win in extra time of the second match (total score 2:1).

Analysts think Ferencvaros is the clear favorite, which we agree with. Slovan somehow beat Dinamo Batumi and failed in the first round of the national championship. Ferencvaros is showing great results at home (5:1 over Tobol), and they want to gain the advantage before the trip to Slovakia.

Most Spectacular Matches of Wednesday: Accumulator Tip for October 5