Our Picks for Friday's Most Interesting Matches: Accumulator Tip for June 17 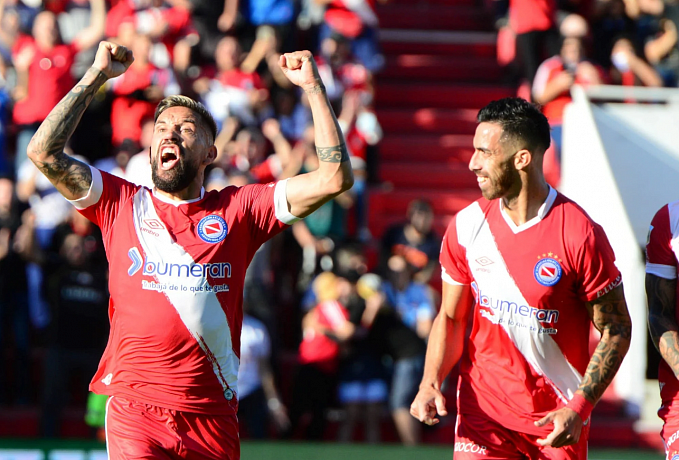 Accumulator tip for the Argentinian Liga Professional matches, which will take place on June 17. Who will be stronger? Check the teams’ conditions and expert betting tips. Several betting options are available!

Argentinos Juniors vs Independiente: the Bugs Look Great At Home

Argentinos Juniors began this season with a 2:1 victory over Aldosivi. But in the second round, the Bugs disappointed their fans, as they unexpectedly lost to Sarmiento Junin (0:1). Independiente started with a draw against San Lorenzo (1:1) and beat Talleres Cordoba in the second round (1:0).

In this meeting, we give preference to Argentinos Juniors. The hosts are much better at home than away, with only one defeat in their last 12 games, eight wins, and three draws.

Rosario Central vs Godoy Cruz: the Visitors to Gain Points

Rosario Central played in the first round of the new season with a nil-nil draw against Lanus. In the second round, the team was unfortunate and lost 0:2 to Atlético Huracán. Godoy Cruz began with a defeat against Platense (1:2), but in the second round, beat Racing with a score of 2:0.

Experts do not see the favorite in the upcoming match, but we consider Godoy Cruz. After defeating Racing, the visitors will stay motivated while the hosts are in a bad mood after the loss to Atletico Hurakan. Godoy Cruz has not lost to Rosario Central in their last three meetings - two wins and a draw.

Platense vs Gimnasia y Esgrima: Waiting for the Goals

Platense had a great season beginning with two wins. In the first round, they beat Godoy Cruz with a score of 2:1, and in the second round Velez Sarsfield with a score of 1:0. Gimnasia y Esgrima also got off to a brisk start. First, they tied with Estudiantes (1:1), then defeated Patronato (2:0).

As for betting on the upcoming match, we suggest taking a closer look at the goal line. The opponents sent three goals in the first two rounds and conceded one.