Content
To top
1.
Belgium vs Poland: the Hosts are Overrated
2.
Scotland vs Armenia: the Scots to Impress Their Fans
3.
Wales vs Netherlands: the Welsh are Outstanding
Users' Choice
57 200 USD

Wednesday Highlights are Scotland and the Underdogs: Accumulator Tip for June 8 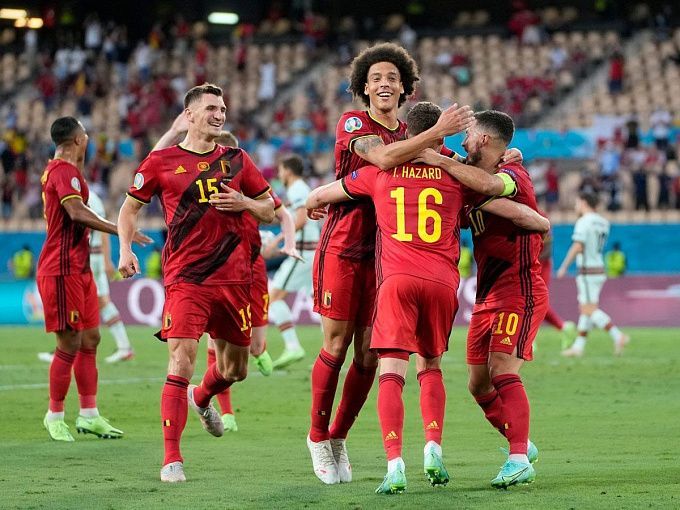 Accumulator tip for the League of Nations matches, which will take place on June 8. Who will be stronger? Check the teams’ conditions and expert betting tips. Several betting options are available!

Belgium vs Poland: the Hosts are Overrated

Belgium got to a frankly awful start in the current League of Nations. The team in Brussels lost to the Netherlands with a score of 1:4. Moreover, the Belgians scored a consolation goal only in extra time. Poland got off to a great start - the Polish national team managed to beat a tough Wales side 2-1. It should be noted that the victory was won willingly, with the second goal scored in the 85th minute.

The experts think that Belgium is a favorite in the upcoming match, but we believe that they are too overrated. If they play the way they did in the first round, Poland will easily win. Obviously, the hosts won't let that happen and will work on their mistakes, but we doubt that the Poles, who have been showing good soccer recently, will leave Brussels without goals.

Scotland vs Armenia: the Scots to Impress Their Fans

Scotland has been waiting for a long time for the knockout rounds but could not oppose the Ukrainian team. On June 1, they lost at home with a score of 1:3 in the semifinals, missing chances of getting to the World Cup. The Armenian team also played only one match this summer but within the League of Nations. There they hosted Ireland and quite unexpectedly managed to get a victory with a score of 1:0.

We will place our bet on the Scottish team. The hosts will outclass the visitors. Moreover, they have to somehow rehabilitate themselves in front of their fans for the unsuccessful match with Ukraine, which will be an additional motivation.

Wales vs Netherlands: the Welsh are Outstanding

Wales delighted their fans to no end. On June 5, the team outplayed Ukraine 1:0 to qualify for the World Cup, booking a ticket to Qatar. Before that, they lost to Poland in the opening round of the Nations League (1:2), but hardly anyone cared. In June, the Netherlands also gave their fans something to be happy about as they thrashed Belgium 4:1 in the first round.

Of course, the Dutch team is a class above Wales, but the hosts should not be ignored. They performed well at Euro 2020, spectacularly qualifying for the World Cup. Overall they have only one defeat in their last 11 meetings.