Content
To top
1.
Liverpool vs Tottenham: Another Three Points for the Merseysiders
2.
Betis vs Barcelona: a Double Chance for the Catalans
Users' Choice
12 200 USD 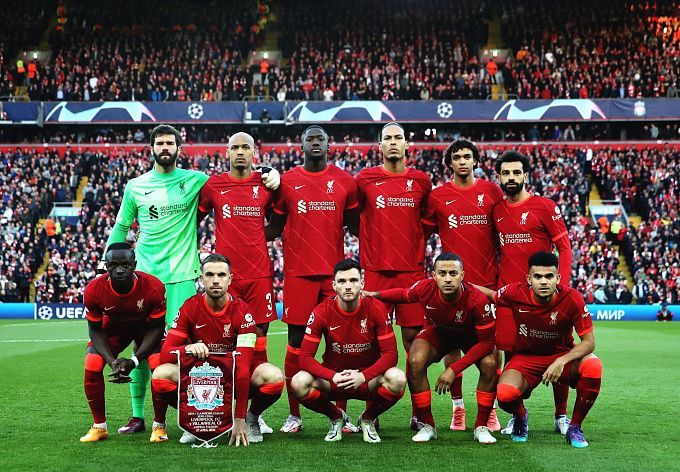 Accumulator tip for the Premier League and La Liga matches, which will take place on May 7. Who will be stronger? Check the teams’ conditions and expert betting tips. Several betting options are available!

Liverpool vs Tottenham: Another Three Points for the Merseysiders

Liverpool is having a great season, and it's coming to a peak. The Merseysiders can make a treble. They will face Chelsea in the FA Cup final and Real Madrid in the Champions League final. In the EPL, they can beat the leading Manchester City. The clubs are only one point apart, but there are four more rounds ahead (including this one). It should be noted that Liverpool has six wins in a row.

Tottenham is trying to break into the EPL top-4. On the eve of the tour, they are in the fifth position in the standings with 61 points, two behind Arsenal. If we talk about the last matches of Tottenham, after the defeat against Brighton (0:1) and the draw with Brentford (0:0), they beat Leicester 3:1.

We think that Liverpool won't have any problems with Tottenham. Not only is it a way better class than the opponent. They will play at Anfield, but it also has a crazy motivation.

A possible bet: a handicap.

Betis vs Barcelona: a Double Chance for the Catalans

Betis can already take credit for this season. The team managed to win a trophy! Copa del Rey - they won it the week before last, beating Valencia on penalties (1:1, 5:4). In La Liga, Betis is fighting for a place in the Champions League zone, sitting in fifth place with 58 points before the round, three points behind Atletico.

Barcelona is finishing the season. The team cannot consider it a success, as it has not won any trophies. However, if they keep second place in the La Liga standings, they will be pretty good. After an unexpected loss to Rayo Vallecano (0:1), Barcelona defeated Mallorca 2:1.

In this meeting, we suggest betting on Barcelona. The Catalans often played great matches during the season and showed excellent performance. At least the last time they lost away in La Liga was in October 2021!