Content
To top
1.
Manchester City vs Newcastle: the Citizens to Pick Up Three Points
2.
Atletico vs Real Madrid: the Merengues Won't Lose to the Indians Again
Users' Choice
12 200 USD

Sunday's Bets on Manchester City and Real Madrid: Accumulator Tip for May 8 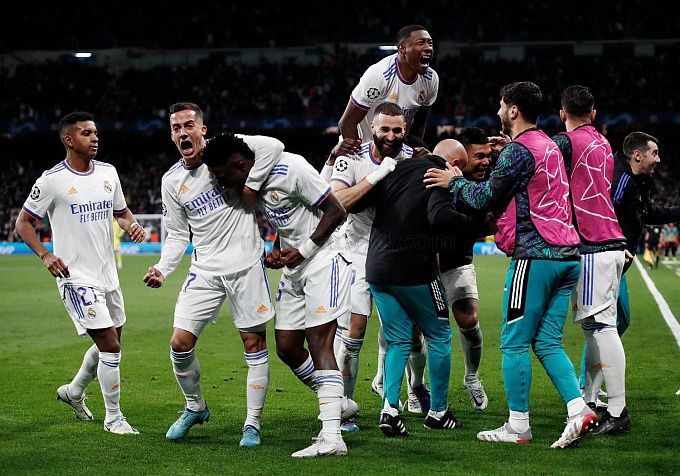 Accumulator tip for the Premier League and La Liga matches, which will take place on May 8. Who will be stronger? Check the teams’ conditions and expert betting tips. Several betting options are available!

Manchester City vs Newcastle: the Citizens to Pick Up Three Points

Manchester City had every chance of a treble this season, but they have only the EPL left. Recall that Liverpool knocked them out of the FA Cup semifinals and Real Madrid - from the Champions League semifinals. In the EPL, Pep Guardiola's team leads with 80 points, ahead of second Liverpool by one.

Newcastle is having a great second half of the championship. The Magpies claimed tons of victories, climbing from the relegation zone to tenth place in the table. Before last round, Newcastle had a series of four victories, but it was interrupted by Liverpool (0:1).

We suggest to pick a win for Manchester City. There's no doubt in the insane motivation of the Citizens - apart from the EPL they have nothing left, and any slip-up in the final rounds will literally sentence them. With the support of the fans at the Etihad - they simply have to earn three points in a match against a mediocre squad.

Atletico vs Real Madrid: the Merengues Won't Lose to the Indians Again

Atletico cannot take this season as an achievement by any means. They did not win any trophies in the Copa del Rey or the Champions League. In La Liga, they are fighting for a place only in the top-4. The team occupies the fourth position with 61 points, three points ahead of Betis. Last round, Atletico lost to Athletic with a score of 0:2.

Real Madrid, on their part, is having a great season. The Whites have already triumphed in the Spanish championship. Perhaps they could win the Champions League at the end of May. This week, the team again did something incredible and outplayed Manchester City in the semifinals.

In the upcoming Madrid derby, we favor Real Madrid. The Merengues already have no tournament motivation, but how does that matter in such a crucial encounter?