Content
To top
1.
Cameroon vs Serbia: No Goal Showdown
2.
Brazil vs Switzerland: the Brazilians to Seal Their Second Win
3.
Portugal vs Uruguay: the Portuguese to Book the Ticket to the Playoffs
Users' Choice
2134 200 USD 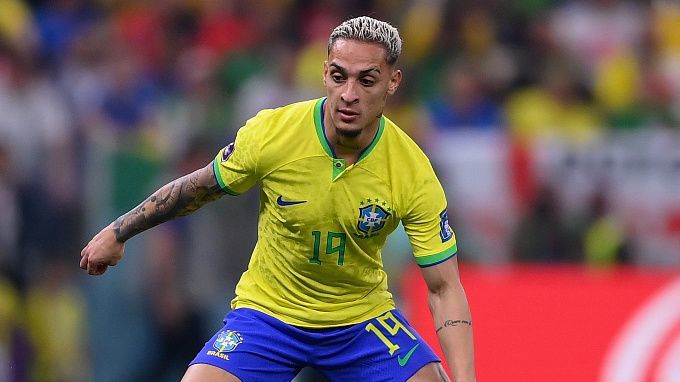 Accumulator tip for the FIFA World Cup 2022 matches, which will take place on November 28. Who will be stronger? Check the teams’ conditions and expert betting tips. Several betting options are available!

Cameroon vs Serbia: No Goal Showdown

The Cameroon team failed in the first round of the World Cup. They fought against Switzerland but lost with a score of 0:1. Serbia also began with a defeat - 0:2 to Brazil. That's why the Cameroonians are third without points in Group G, while the Serbs are last and also without any.

We think that in this match, it is worth betting on the total. It is crucial for the opponents since they have no points after the first round. There is a lot at stake, so we expect a cautious game.

Brazil vs Switzerland: the Brazilians to Seal Their Second Win

In the upcoming match, we suggest betting on Brazil. No matter how you look at it, this is the main favorite of the World Cup that met all the expectations in the first round and defeated Serbia 2:0. The Swiss are great, but their lineup is weaker than the Brazilians.

Portugal vs Uruguay: the Portuguese to Book the Ticket to the Playoffs

Portugal earned three points in the first round. Victory over Ghana was a hard-fought one - the score was 3:2. Uruguay, on the other hand, performed frankly unimpressive in their opening game, sealing a nil-nil draw against South Korea. So, in the standings of Group H, Portugal is leading with three points, while Uruguayans are second with one.

Analysts believe Portugal is the favorite, and we agree. Cristiano Ronaldo and his teammates showed the seriousness of their intentions, while the Uruguayans have not proved their favorites' status in the game with the Koreans in the first round. In general, we think the Portuguese will outclass Uruguay and qualify for the playoffs.