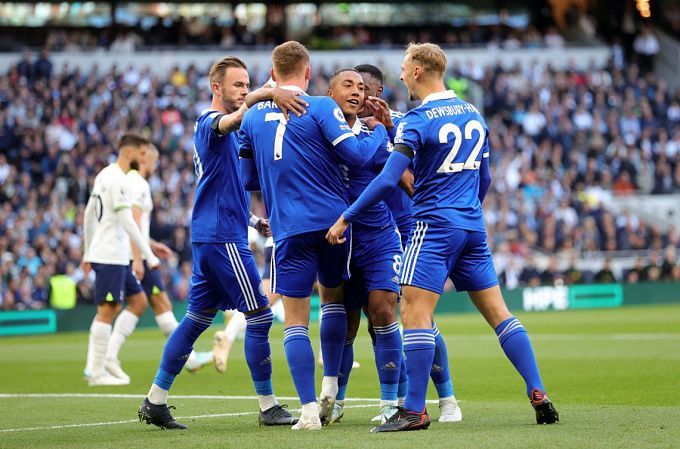 Accumulator tip for the most exciting matches, which will take place on October 3. Who will be stronger? Check the teams’ conditions and expert betting tips. Several betting options are available!

Verona isn't living up to expectations this season. They are currently 17th in the Serie A table, with five points ahead of the relegation zone. In their last two games, they lost 0:2 to Lazio and Fiorentina. Udinese has performed above expectations. Hardly anyone would have predicted that the Zebras would be in the UEFA Champions League, but they are currently sitting in fourth place in the standings with 16 points. They have had five wins in their last five meetings.

Udinese is recording win after win and has no intention of stopping. Verona has lost and not even scored in their last two meetings. The choice is obvious - we suggest that we should bet on a clean win for the visitors.

Leicester isn't performing at hteir best this campaign. In seven rounds, the Foxes have suffered six defeats and one draw. Not surprisingly, they are last in the standings with one point. Not much was expected from Nottingham Forest; after all, they are new to the league. After seven rounds, the Foresters are 19th on the table with four points (one win, one draw, and five defeats).

In this meeting, we suggest playing for goals. The opponents have nothing to lose - they are already at the bottom of the table. Both sides need a win here, and now, so we expect some spectacular football. We think the teams will be able to score at least once each.

Rayo Vallecano started the season as a mid-table side with two wins, one draw, and three defeats in six games. So the team is 12th in the table with seven points. Elche got a poor start, with just one draw and five losses in six rounds. Of course, they sit in last place in the standings with one point.

As for the stakes for the upcoming game, we're going to favor Rayo Vallecano. After all, he started the campaign noticeably better than Elche, plus he will play with the support of his fans. So we're betting on them not to lose.


Follow Telecom Asia Sport!
Tags:
Rating:
0
Comments (1)
Kesiena Daniel Kessy
User
the loses in the past few days is getting out of hand, thought y'all are experts in this
0