Content
To top
1.
Spain vs Switzerland: the Spaniards to Beat the Swiss Again
2.
Czech Republic vs Portugal: the Portuguese Need to Prepare for the World Cup
3.
Cyprus vs Greece: Another Three Points for the Greeks
Users' Choice
1643 200 USD

On Saturday, Picking the Favorites: Accumulator Tip for September 24 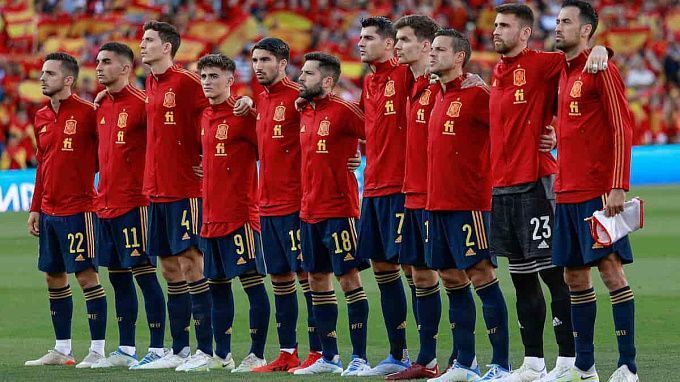 Accumulator tip for the spectacular Nations League matches, which will take place on September 24. Who will be stronger? Check the teams’ conditions and expert betting tips. Several betting options are available!

Spain vs Switzerland: the Spaniards to Beat the Swiss Again

Spain began this League of Nations with two draws, 1:1 against Portugal and 2:2 against the Czech Republic. But then, the Spaniards claimed two victories. First over Switzerland (1:0), then over the Czech Republic (2:0). But Switzerland suffered three defeats in the first three games: 1:2 against the Czech Republic, 0:4 against Portugal, and 0:1 against Spain. But in the last round, the Swiss unexpectedly defeated the Portuguese 1:0. In Group 2, the Spaniards are leading with eight points, while the Swiss are in last place with three.

We think that Spain will be victorious in this encounter. No matter how you look at it, they are higher in status and are among the favorites for the upcoming 2022 World Cup. The Spaniards have already beaten the Swiss in the summer on their field, and it will be easier for them at home.

Czech Republic vs Portugal: the Portuguese Need to Prepare for the World Cup

In the upcoming match, we propose to stake on the victory of Portugal. The squad of the Portuguese team is noticeably more powerful, and in the summer, they outplayed the Czechs 2:0. Portugal must also prepare for the upcoming World Cup-2022 - it must show good soccer and succeed.

Cyprus vs Greece: Another Three Points for the Greeks

Cyprus has managed to earn two points in four games in the current Nations League. The Cypriots drew twice with Northern Ireland (0:0 and 2:2) but lost to Kosovo (0:2) and Greece (0:3). Greece looks great - four wins in a row. They beat Kosovo twice (1:0 and 2:0) and once each Northern Ireland (1:0) and Cyprus (3:0). In the Group 2 standings, Greece is first with 12 points, while Cyprus is on the bottom with two.

As for the betting on this match, we suggest not overthink and bet on Greece. They overlook their opponents in this League, getting four wins with a total score of 7:0. We think they will not have any problems now.