Content
To top
1.
Orenburg vs Dinamo: Orenburg to Suffer Another Defeat in the Cup
2.
Khimki vs Lokomotiv: the Visitors to Outpla the Hosts Again
3.
CSKA vs Sochi: the Red and Blues Won't Lose At Least
Users' Choice
1755 200 USD 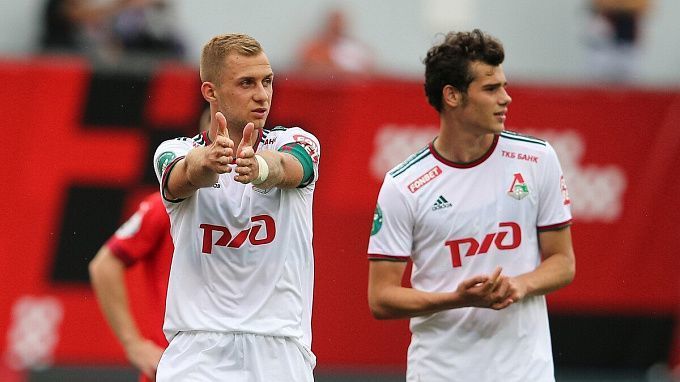 Accumulator tip for the spectacular Russian Cup matches, which will take place on September 28. Who will be stronger? Check the teams’ conditions and expert betting tips. Several betting options are available!

Orenburg vs Dinamo: Orenburg to Suffer Another Defeat in the Cup

Orenburg looks miserable in the Russian Cup. In the first round, they lost to Akhmat with a score of 1:3, and in the second round with the same score to Rostov. In Group C, the club is the last with no points.

Dinamo started the Cup performance with a 0:2 defeat to Rostov. However, the capital club managed to Akhmat (2:1) in the second round. Thus, Dynamo is second in the Group C standings with three points.

We give our preference to Dinamo in this meeting. Orenburg is frankly bad in the Cup of Russia, and their chances of success here seem negligible. The visitors are much better in class.

Khimki vs Lokomotiv: the Visitors to Outpla the Hosts Again

Khimki started in the Cup of Russia with two losses but still earned one point. First, Khimki lost to Krasnodar (0:2), and then to Paris NN, but only in a penalty shootout (1:1, 3:5). Spartak Gogniyev's charges are last in Group A with one point.

Lokomotiv opened the first round with a 0:2 defeat to Paris NN. But in the second round, Lokomotiv managed to win, albeit in a penalty shootout over Krasnodar (2:2, 3:1 on penalties). They're third in Group A with two points.

We think Lokomotiv can cope with Khimki without too much trouble. The visitors, of course, are not impressive, but the home team's stats are dismal. In their last eight games, they've failed seven games and had only one draw. On top of that, a little over a month ago, Lokomotiv defeated Khimki 3:0.

CSKA vs Sochi: the Red and Blues Won't Lose At Least

CSKA started in the Russian Cup in fine fashion, claiming two wins. First, they defeated Torpedo (2:0), and then Ural (2:1). They're leading Group D with six points.

But Sochi is not doing well, because they failed two rounds with a total score of 1:5. First it was 0:2 from Ural, and then 1:3 from Torpedo. Because of these results in Group D, the Sochi players are on the bottom without points.

As for our bets on this matchup, we're choosing CSKA. They have been great in cup games, while the Sochi players don't seem to take them very seriously. We think that with the support of the fans at VEB Arena, the home team can at least not lose.