Content
To top
1.
Real Madrid vs Chelsea: Madrid haы no Right to Fail at the Santiago Bernabeu
2.
Bayern vs Villarreal: Munich Must Recover from the Spanish Disgrace
Users' Choice
12 200 USD

Betting on Real and Bayern in the UCL Return Matches: Accumulator Tips for April 12 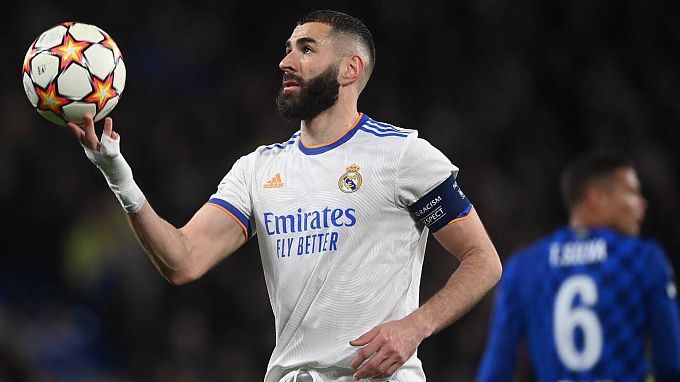 Accumulator tip for the Champions League matches, which will take place on April 12. Who will be stronger? Check the teams’ conditions and expert betting tips. Several betting options are available!

Real Madrid vs Chelsea: Madrid haы no Right to Fail at the Santiago Bernabeu

The first leg between Real Madrid and Chelsea met all expectations - the opponents scored four goals, and Madrid forward Karim Benzema netted a hat-trick to seal the victory for his team in rainy London. Already on 21 minutes he opened the scoring, and literally three minutes later he increased the gap to two goals with an accurate header. But Chelsea managed to get back within one goal before the break - 40 minutes into the match Kai Havertz did it. Immediately after the start of the second half, Benzema shot again - he took advantage of a defensive error by the Aristocrats. Thus, Real Madrid won 3:1.

Now we offer to bet on Real Madrid. The team is eager to get the title, showed itself gloriously in the first match, and will play on a crowded Santiago Bernabeu. The Whites are well aware that the two-goal advantage is quite fragile and they are not going to sit in defense. In addition, it is obvious that Chelsea have problems - we think that the upcoming match will be the final one for them in this Champions League.

Bayern vs Villarreal: Munich Must Recover from the Spanish Disgrace

In the run-up to the first leg, one could have predicted that Bayern would have problems away, but it was hard to believe. Still, Munich was more powerful than the Yellow Submarine. However, as early as the eighth minute of the match Spanish forward Arnaut Groeneveld was quickest in the penalty area of the German club and scored the decisive goal. After that, the opponents created plenty of chances but miraculously failed to send the ball. As a result - a sensational victory of Villarreal with a score of 1:0.

Bayern failed in the last 16 in the first match away with Salzburg (1:1), but on the return home literally thrashed the opponent (7:1). Villarreal can hardly expect the same fate, but they have very little chance to avoid losing in the return leg. With the support of their fans at the Allianz Arena, Munich must rehabilitate themselves and secure a place in the Champions League semifinals after regulation time.