Content
To top
1.
Napoli vs Roma: the Opponents Will Exchange Goals
2.
Barcelona vs Cadiz: the Catalans to Finally Beat Cadiz
3.
Atalanta vs Verona: the Over Teams Meeting
Users' Choice
12 200 USD 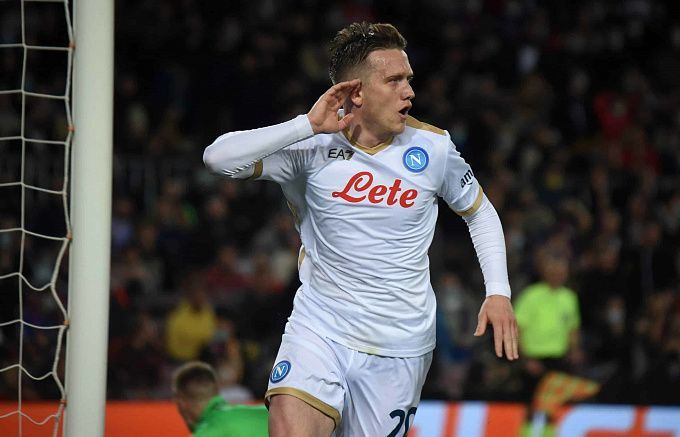 Accumulator tip for the La Liga and Serie A matches, which will take place on April 18. Who will be stronger? Check the teams’ conditions and expert betting tips. Several betting options are available!

Napoli vs Roma: the Opponents Will Exchange Goals

Napoli made a serious mistake in the last round in the fight for the Scudetto - they lost at home to Fiorentina (2:3). Although, prior to that, the Neapolitans won three times. Now their chances of triumph have become even smaller - they are third in the standings with 66 points behind AC Milan. Napoli has played one less match, but Inter is second with 69 points, and also has a match in hand.

Roma approaches the match in excellent condition - in the last 12 lost only once (1:2 to Bodø/Glimt in the first match of the Conference League quarterfinals). In the return leg, the Romans finally coped with the Norwegian club (4:0) and confidently reached the semifinals of the third most important European Cup. Roma occupies fifth place with 57 points, all chances to enter the Champions League.

In this meeting, we will not pick a favorite. Victory is incredibly necessary for both teams - Napoli still has a theoretical chance of triumph, while Roma intends to get into the UCL. A draw will not satisfy anyone, so the opponents will boldly go on the attack.

Barcelona vs Cadiz: the Catalans to Finally Beat Cadiz

Barcelona last week interrupted a splendid streak of 15 matches without defeat and fell in the return meeting of the UEL quarterfinals with Eintracht. Recall that the first leg ended in a draw (1:1), and in the second one Catalans were flying 0:3 at Camp Nou, could win back two, but there was not enough time for the third. But Barcelona is already in second place in the La Liga standings. Now they have 60 points without a chance to catch up leading Real Madrid so they need to keep the position in the UCL zone.

Cadiz is the outsider in the championship of Spain, which after the 31st round is in the relegation zone in the standings. Cadiz is in the 18th position with 28 points, one point behind Mallorca. Not so long ago, Cadiz defeated the semifinalist of the Champions League (Villarreal 2:1), then drew with Valencia (0:0), but in the last round lost to Betis (1:2).

In the last three head-to-head encounters, Cadiz played twice in a tie with Barcelona and once defeated them. But that was at a time when the Catalans have been in a huge slump; now they are on a roll and should just thrash the outsider. Especially at Camp Nou after being relegated from Europa League.

Atalanta vs Verona: the Over Teams Meeting

Atalanta has not won a single victory in their last four matches - three defeats and one draw. Bergamasca played out a peaceful game against RB Leipzig in the first leg of the UEL quarterfinal (1:1), but lost the second (0:2) and dropped out. Also in Serie A, they fell to Napoli (1:3) and Sassuolo (1:2). In the standings, Atalanta sits in eighth place with 51 points and still has a small chance to qualify for the European Cup.

Verona scored one victory in the past five meetings - 1:0 over the modest Genoa. Also, the Mastiffs drew twice with their opponents in peace and twice lost. But the season is almost over for them as they sit in tenth place with 45 points. The Eurocup zone is far away, but it is impossible to fly out.

Here we propose to bet on goals. We are to see the meeting two top teams - Atalanta's matches have scored an average of 2.9 goals, while Verona had 3.3 goals on average. In the match of the first round, they reached the standard total over (Bergamasca's victory with a score of 2:1).

A possible bet: TO.