Content
To top
1.
Crystal Palace vs Manchester City: the Citizens Have No Right to Misfire
2.
Mallorca vs Real Madrid: Fifth Defeat for the Hosts
Users' Choice
61 200 USD

Betting on Manchester City and Real in Monday's Matches: Accumulator Tips for March 14 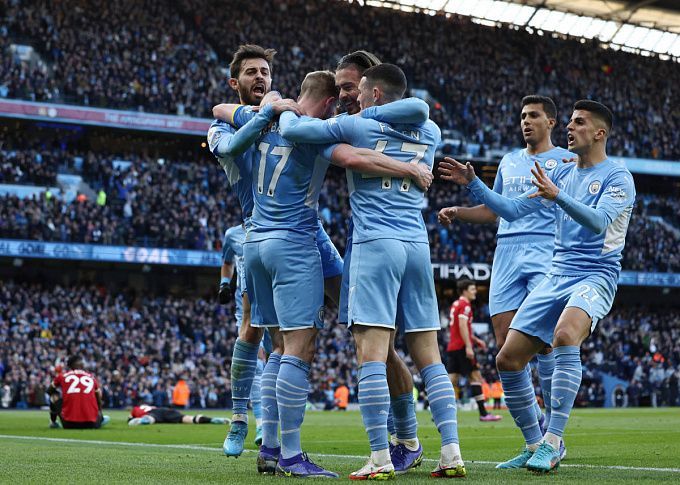 Accumulator tip for the English Premier League and La Liga matches, which will take place on March 14. Check the teams’ conditions and expert betting tips. Several betting options are available!

Crystal Palace vs Manchester City: the Citizens Have No Right to Misfire

Crystal Palace has looked decently - they've lost just once in eight games - to Chelsea, where the Eagles lost 0:1. They had a good calendar, of course, but it doesn't negate the merits of the team. In the standings, Crystal Palace is in 11th place with 33 points.

Manchester City continues their triumph. The only misfire the team made recently was a 2:3 failure to Tottenham. After that, they beat Everton (1:0), Peterborough United (2:0) in the FA Cup, and also beat Manchester United 4:1. Last week, Manchester City drew a nil-nil with Sporting in their UCL return leg, but they were hardly disappointed, having thrashed the Portuguese club 5:0 in the first round. Manchester City is leading in the table, just three points ahead of second-placed Liverpool (the Merseysiders have already played their match of the tour, but they have one more in reserve).

Manchester City does not have the right to slip up, because they do not solve yet the question of the championship. Liverpool can easily outplay the Citizens, so they must take three points against in the EPL (which is Crystal Palace).

Mallorca vs Real Madrid: Fifth Defeat for the Hosts

Mallorca is getting closer and closer to relegation to the Segunda. On the eve of this match, the team in 16th place in the standings with 26 points, ahead of 18th-ranked Cadiz by only two. In their past four matches, the hosts fell - 1:2 to Betis, 0:1 to Valencia, 0:2 to Real Sociedad, and 3:4 to Celta.

Real Madrid tops the table with 63 points. They are eight points behind second-placed Sevilla, so they have an excellent chance to triumph. Last week Madrid had a return match in the last 16 against PSG. They ended up 0:1 down in the first leg and went into the second leg, already trailing by two goals. Within 17 minutes, Karim Benzema made a hat-trick and brought Real Madrid a historic victory with a total score of 3:2!

We will bet on Real Madrid. Mallorca has four defeats and everything isn't great from a moral point of view. The visiting team in the heat after beating PSG is unlikely to have problems with the outsider of La Liga.