Content
To top
1.
Tottenham vs West Ham: the Spurs to Earn At Least a Point
2.
Roma vs Lazio: the Rome derby to Live Up to Our Expectations
3.
Real Madrid vs Barcelona: the Merengues are Tougher
Users' Choice
64 200 USD

Picked the Most Anticipated Sunday Matches: Accumulator Tips for March 20 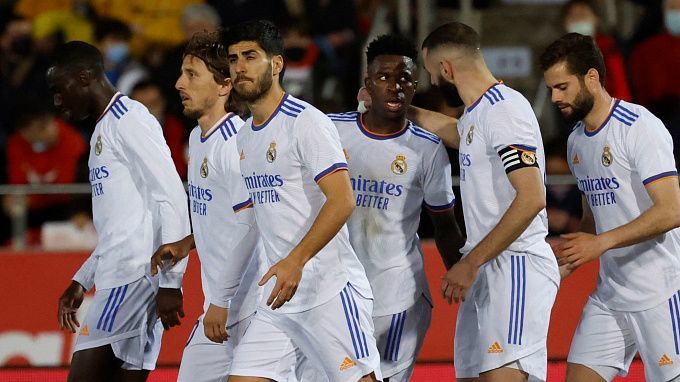 Accumulator tip for the English Premier League, Serie A, and La Liga matches, which will take place on March 20. Who will be stronger? Check the teams’ conditions and expert betting tips. Several betting options are available!

Tottenham vs West Ham: the Spurs to Earn At Least a Point

Tottenham has won three victories in the last four rounds. They defeated Leeds (4:0), Everton (5:0), and Brighton (2:0). Also, among those victories was a 2-3 loss by Manchester United. The Spurs continue to fight for the European Cup zone, because now they are seventh with 48 points.

West Ham in the standings right above their opponent (on the sixth line), 48 points. But the team played one more match. After three straight defeats, the Hammers won over Aston Villa (2:1) and Sevilla in the return leg of the Europa League last 16 (2:0, 2:1 on sum) and qualified for the quarterfinals.

It is hard to pick a favorite. We think that one of the key factors will be the fatigue of West Ham, who ran for 120 minutes in the UEL on Thursday. With the support of their fans, Tottenham will surely gain at least one point.

Roma vs Lazio: the Rome derby to Live Up to Our Expectations

Roma is in excellent form - one defeat in the last 12 games from Inter (0:2) in the Coppa. In the two meetings, the Wolves demonstrated nothing special, but they managed not to fail. First, they drew with Udinese (1:1). Then, in the return leg of the Conference League last 16, had a tie with Vitesse (1:1, on the sum 2:1). In the Serie A standings, Roma occupies a sixth place, 48 points, but the opponents from below are extremely close.

Lazio, after the second match against Porto in the UEL knockout rounds and drop-out (3:4 on sum), had three encounters. The team disappointedly fell to Napoli (1:2) and took two regular victories - 3:0 over Cagliari and 1:0 over Venezia. Lazio finished fifth in the Italian standings, 49 points.

There's no way to be a favorite in the Roman derby - this is such a high-profile derby. We suggest exchanging goals. The opponents are shooting decently this season and conceding more than a goal per game.

Real Madrid vs Barcelona: the Merengues are Tougher

Real Madrid is in great form. After the first match against PSG (0:1) in the UCL last 16, the team played five matches - winning all of them. There's the crazy 3:1 comeback with the Parisians, as well as four of the casual La Liga victories. The question of the championship has almost been solved since they are leading by ten points from second Sevilla.

Barcelona is strong - they haven't lost in 11 games. The Catalans have beaten Napoli (5:3 on sum) in the Europa League knockouts, Galatasaray (2:1 sum) in the last 16 and six victories in La Liga with one draw. Barcelona takes third place, 51 points, but they didn't secure the Champions League place.

As for El Clasico betting, we prefer Real. Madrid is currently stronger, which is clearly evident by the performances in European competitions. In the last five meetings, the hosts have beaten the visiting team. Plus, they will play with the support of fans at the Santiago Bernabeu.