Content
To top
1.
Den Haag vs Telstar: the Visiting Team's Failing in Away Matches
2.
Colchester United vs Forest Green: No Scoring Show
3.
Tenerife vs Almeria: a Passionate Encounter Awaits Us
Users' Choice
71 200 USD

Goals in Spain and Under in England: Accumulator Tips for March 21 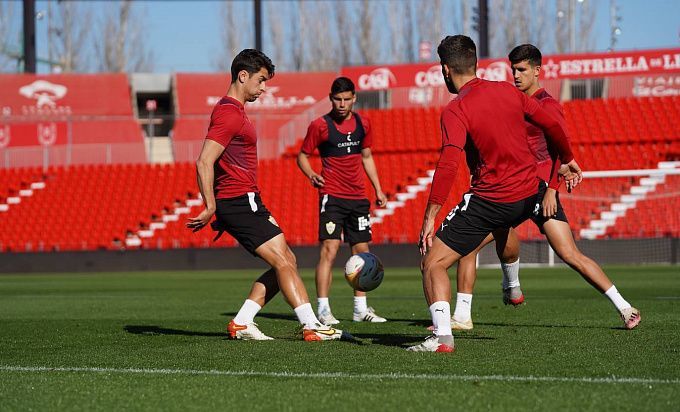 Accumulator tip for the League Two, Segunda Division, and Eerste Divisie matches, which will take place on March 21. Who will be stronger? Check the teams’ conditions and expert betting tips. Several betting options are available!

Den Haag vs Telstar: the Visiting Team's Failing in Away Matches

Den Haag is fighting for the exit to the Dutch elite being in the seventh line in the standings. The team has 50 points, two points ahead of Breda, playing two fewer matches. If Den Haag steadily scores points, then he will definitely be in the elite playoffs. But so far it is not working - two defeats and two draws in the last four games.

Telstar is a much more modest club that has not been contending for promotion for a long time. It's currently 14th in the standings with 32 points, 16 behind the top-8. Last round, Telstar ended the winless streak of seven games by beating Dordrecht 1:0.

We give prefer Den Haag. The team will play at home, and its aims for the season are more serious. Plus, Telstar is terrible on the road - in the last ten matches, they have not won.

Forest Green has slightly bigger goals - the team is fighting for promotion. It leads with 69 points, the second Exeter City is ahead by five. As for Forest Green's recent matches, it does not get victories in seven of them (four draws and three defeats).

In the upcoming match, we will not risk picking a favorite. Colchester United, though inferior, will play at home, and Forest Green has not been doing well lately. We think we're in for a classic game from the lower divisions of England - a tough, primarily defensive.

Tenerife vs Almeria: a Passionate Encounter Awaits Us

Tenerife is pursuing a coveted La Liga place. The team is in fourth place in the table, 55 points. They are four points behind the direct exit zone. As for the last matches, the club was great - only two defeats in nine matches.

Almeria is also struggling to get into the elite league, being on the second line in the standings with 59 points. It is only three points behind the leading side Eibar, but their opponents are getting closer. After three defeats, Almeria gained four wins, then lost to Zaragoza (0:2) and, in the last round, drew with Lugo (3:3).

This is an extremely important match for both sides, almost for six points. We think that the passion will be high. In six of the last seven meetings, the opponents have scored at least two goals each - what stops them from doing the same now?