Content
To top
1.
Liverpool vs West Ham: 13 Win for the Merseysiders
2.
Real Madrid vs Real Sociedad: the Merengues Must Win at Home
Users' Choice
12 200 USD

Betting on the Favorites in Saturday's Highlightes: Accumulator Tips for March 5 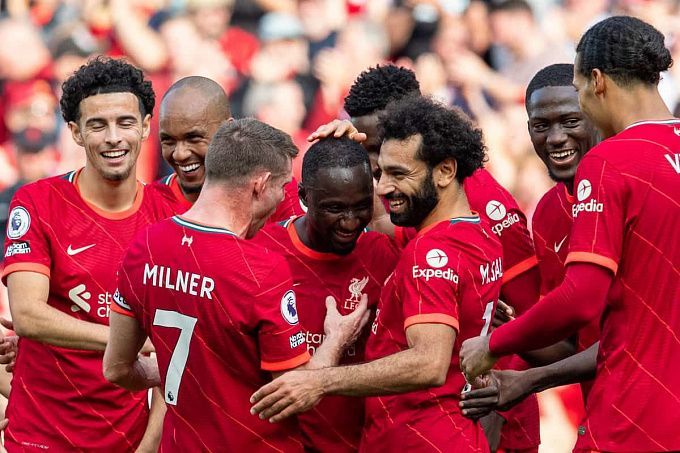 Accumulator tip for the La Liga and EPL matches, which will take place on March 5. Check the teams’ conditions and expert betting tips. Several betting options are available!

Liverpool vs West Ham: 13 Win for the Merseysiders

After the nil-nil draw with Arsenal in the first EPL match, Liverpool played 12 games and won all of them without exception! Of recent, we should highlight the victory over Inter in Milan in the Champions League last 16 (2:0) and the trophy match - the final of the English League Cup. The Merseysiders beat Chelsea on penalties (0:0, 11:10, penalties). Liverpool is second in the EPL table with 60 points. They are six points behind Manchester City, the leader, but they have a game.

After a 2:2 tie with Leicester and 1:1 with Newcastle United, West Ham picked up a 1:0 win over Wolverhampton. However, the Hammers' first match in March was unsuccessful because Southampton beat them with a score of 1:3 (within the last 16 of the FA Cup). As for the position of the Londoners in the league standings, there they are in the fifth position with 45 points.

We think that Liverpool won't have any problems with West Ham. The Londoners will give Liverpool a fight, but we all know what the latter can do at the legendary Anfield.

Real Madrid vs Real Sociedad: the Merengues Must Win at Home

Real Madrid is excellent in the current campaign - in 26 rounds, La Liga lost only twice! The team confidently leads the table with 60 points, ahead of second-placed Sevilla on six ahead of the tour. After an upset defeat in Paris from PSG in the last 16 of the Champions League, Madrid defeated Alaves (3:0) and got an ordinary victory over Rayo Vallecano with a score of 1:0.

Real Sociedad, in turn, is fighting just for a place in the top-4, the Champions League zone. At the moment the club is in the sixth position, with 44 points. In general, it has all the chances to get there. After the defeat from RB Leipzig (1:3) and the departure from the Europa League, Real Sociedad played two matches in which they beat Osasuna (1:0) and Mallorca (2:0).

Real Sociedad will not give Real Madrid three points for anything, but at the Santiago Bernabeu, the Whites will have to earn them. Second-placed Sevilla is breathing down their necks, and after a couple of errors, the Madrid side could be in a catching-up role. The hosts beat the visiting team 2:0 in the first round, and we expect something similar today.