We Prefer Saudi Arabia and Bolivia, and in Ligue 1 We Expect Goals 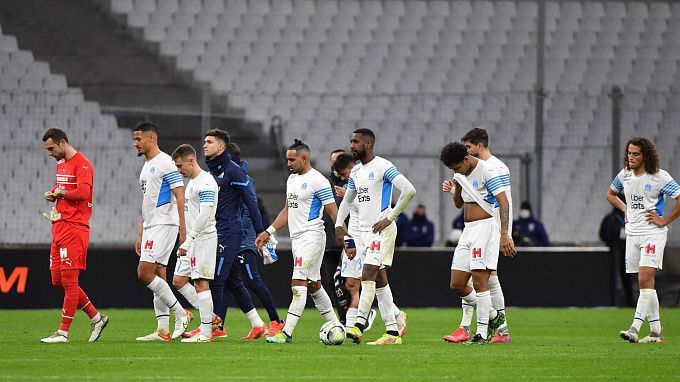 On February 1, we will see the French Ligue 1 match and the 2022 World Cup qualifiers in Asia and South America. In the express prediction, we pick the best bets for the upcoming matches!

Japan vs. Saudi Arabia: the Arabs are Underestimated

The Japanese team is excellent in qualifying for the 2022 World Cup, and with a huge likelihood, we will see it in Qatar. The Japanese are now second in the table in their group with 15 points, and fourth-placed Oman is eight points ahead. In January, the team played a match against China and was stronger with a score of 2:0.

The Saudi Arabian team looks even better in the World Cup qualifying. The Saudis have 19 points (six wins and a draw) after seven games and are leading in the standings. Saudi Arabia faced Oman in January and won 1:0.

For some reason, bookmakers see Japan as the favourite. Japan would be better off with three points, but do Saudi Arabia, who have drawn only once in seven games, want to throw them away? Of course not. And in October 2021, the Arabs beat the Japanese 1:0. Now we propose to bet on their victory with a plus handicap.

Bolivia vs. Chile: It's Incredibly Hard to Win in La Paz

The modest Bolivian team still has every chance of making it to the 2022 World Cup, but they definitely need to beat the Chileans to do so. Now the Bolivians are in eighth place in the table with 15 points, four points behind fifth-placed Uruguay. However, the country's position was badly hurt by a devastating 1:4 defeat by Venezuela on January 29.

The Chilean team is in a similar situation - they have a chance of qualifying for the final part of the World Cup 2022, but they need a victory over the Bolivians. The position in the standings is a little more comfortable - seventh place and 16 points. Accordingly, from the fifth Uruguayans, the gap is three. Like the Bolivian national team, the Chilean team lost its January match (1:2 Argentina).

Everyone knows that Bolivia's main trump card is La Paz. Hernando Siles stadium in the Bolivian capital is 3,637 meters above sea level, and it's very difficult for unprepared opponents to play there. There, as the hosts also need points very much, and in La Paz they have not lost five matches in a row in the qualifying for the World Cup 2022 (four wins and a draw), it would be logical to take their non-loss.

Lyon vs Marseille: a Battle of Equals

Lyon finally ended its streak of five draws in a row and managed to beat firstly Troyes (1:0) and then Saint-Etienne (also 1:0). However, in the standings, the team is still in a bad way, although due to the high density all chances to get higher in the near future. But now Lyon is only on the 11th line with 31 points, three points behind the Eurocup area.

Marseille is undefeated in nine games - seven wins and two draws. After a 1:1 draw with Lille, Provence went 2:0 clear of tough Lens, and last weekend, within the 1/8 finals of the French Cup, they demolished Montpellier on penalties (1:1, 5:4 pen.).

In this meeting, we will not risk singling out a favourite - both teams will be aimed exclusively at three points. The hosts score an average of 1.38 goals per game, and the visitors 1.42. The logical thing to bet on is an exchange of goals. Plus, in the last two meetings, this event happened, but the teams did not determine the winner.