Content
To top
1.
Gabon vs Morocco: Morocco's Third Victory
2.
Brighton vs Chelsea: The Seagulls to Put Up a Fight for the Aristocrats
3.
Juventus vs Sampdoria: Turin to Thrash the Genoese for the Sixth Time
Users' Choice
12 200 USD

Juventus and Morocco to Win and Brighton to Beat Chelsea: Accumulator Tips for January 18

Chelsea
Gabon vs Morocco
Brighton vs Chelsea
Juventus vs Sampdoria 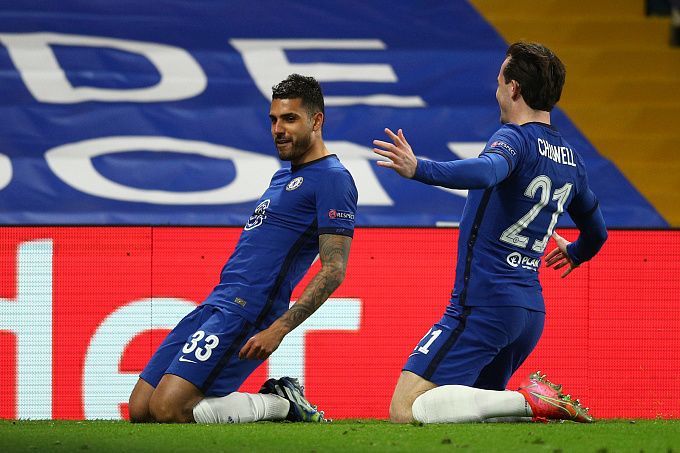 Prediction for the EPL, Italian Cup and Africa Cup of Nations matches, which will take place on January 18. Check the teams’ conditions and expert betting tips. Several betting options are available!

Gabon performed exceptionally well in the first match at the African Cup of Nations, beating the Comoros 1:0. However, the second meeting did not go well - they only managed to seal a 1-1 draw with Ghana in the 88th minute. Morocco, on the other hand, is performing magnificently. In the first round, the Moroccans beat the strong Ghana 1:0, and in the second round, they easily defeated Comoros (2:0).

We believe that in this meeting, the Moroccan team will be stronger. It's simple - the Moroccans have a much more powerful squad than the Gabonese, and they will certainly not give up three points. After all, if Morocco wins today, it will finish the group stage with three wins and make a serious bid for a triumph at the entire CAN. We bet on a victory for the nominal guests.

Brighton vs Chelsea: The Seagulls to Put Up a Fight for the Aristocrats

Brighton has been gaining momentum of late and has not lost in five games in a row. They beat Brentford (2:0), Everton (3:2) and West Bromwich (2:1) in the FA Cup. Also drew with Chelsea (1:1) and Crystal Palace (1:1). After two victories over Tottenham in the English League Cup, Chelsea yielded to Manchester City (0:1) in the most critical match with a total score of 3:0.

We propose to draw from Brighton. On the Seagulls in the upcoming meeting are very tempting odds, but they have all chances to cling to at least one point. The home side is in good form, having already scored in five games in a row, while the visiting team will be on a sad note after last weekend's defeat by the Citizens. The odds are that Brighton will score.

Juventus vs Sampdoria: Turin to Thrash the Genoese for the Sixth Time

The bookmakers' analysts believe that Juventus will have no problem with Sampdoria, and we agree with them. Turin is in great shape, while Genoa is doing terrible. In head-to-head meetings, the former has five wins in a row over the latter. We think everything is evident here - we bet on a victory for the hosts.