Content
To top
1.
Manchester United vs West Ham: They Will Show us Some Offence
2.
Southampton v Manchester City: the Citizens will Avenge a Draw
3.
Lazio vs Atalanta: the Encounter Will Once Again be a Scoring Affair
Users' Choice
12 200 USD

We Expect a Bright Playing: Accumulator Tips for January 22 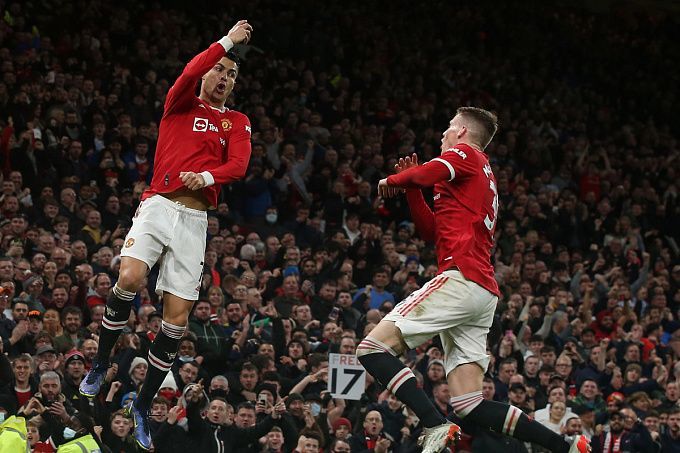 Prediction for Serie A and EPL matches, which will take place on January 22. Check the teams’ conditions and expert betting tips. Several betting options are available!

Manchester United vs West Ham: They Will Show us Some Offence

Manchester United started 2022 with a sensational 0:1 loss to Wolverhampton. However, it recovered and beat Aston Villa 1:0 in the FA Cup. After that, in the EPL, the Mancunians played with the Birmingham side in a draw (2:2). Manchester United finished 3:1 a match with Brentford in the last round.

We recommend the bet on goals. Manchester United has severe problems with defence, and West Ham's style generally does not focus on it. We think that the opponents will at least manage to exchange goals.

Southampton v Manchester City: the Citizens will Avenge a Draw

Until the last round, Southampton did not lose the defeat in five matches. However, the Saints were stopped by Wolverhampton, who shot three goals at home. Southampton only responded with one (1:3).

Manchester City continues to ignore their opponents. In its last eight games, it has had eight wins. If we do not take into account the Champions League, then 13! Last round, the Citizens were seriously tested by Chelsea, but they were up to the task (1:0).

Southampton played a draw with Manchester City (0:0). Sure, we do not expect a similar outcome. The visiting team has gained great form, and the hosts cannot stop them. We're betting on a confident win for Pep Guardiola's charges.

Lazio vs Atalanta: the Encounter Will Once Again be a Scoring Affair

After the draw with Empoli (3:3) and defeat from Inter (1:2), Lazio came to its senses. The team defeated Salernitana 3:0 and then Udinese 1:0 in the Italian Cup. As for Atalanta, they have not lost in four matches. There were two draws (0:0 with Genoa and Inter) and two wins (6:2 over Udinese and 2:0 over Venice).

In their recent meetings between these opponents, we usually enjoy scoring - the last six games saw an exchange of goals and a total over 3.5!