Ajaccio vs Lorient Prediction: the Corsicans to Gain Important Points 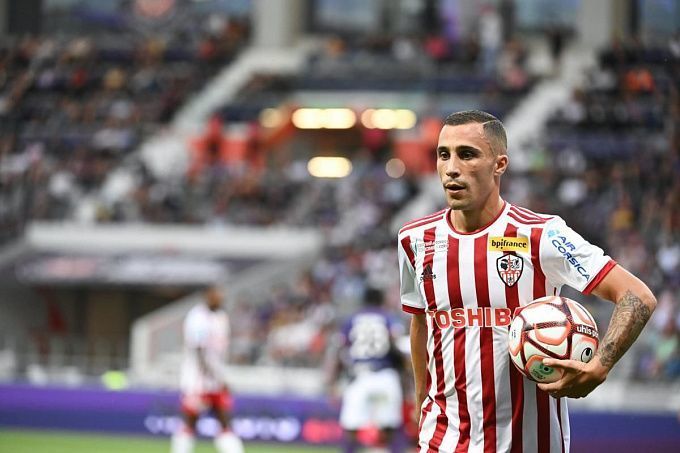 Prediction for the Ajaccio vs Lorient match, which will take place on September 4. Who will turn out to be stronger? Check the team conditions! Several betting options are available.

Ajaccio gained only 1 point in the first five rounds sitting at the bottom of the standings. First, the Corsicans have problems in offense: in terms of xG, they are only 18th in Ligue 1. The team defends with a large force, but this tactic has only brought some tangible results once. Despite that, the club has avoided too much floundering before the transfer window closed. Youssouf Kone was Ajaccio's latest acquisition, on loan from Lyon, and before that Yoann Touzghar came. Only Mickaël Barreto is injured, who could have added creativity to the offense. Romain Hamouma will not be on the field because of his suspension: in the previous game, he was suspended for two warnings.

Last time round Ajaccio looked good against Montpellier but ultimately lost 0:2. In the 1st half, the Corsicans could take the lead but could not take advantage of the opponent's mistakes in defense. Olivier Pantaloni's charges failed to shoot, although they tried 15 times. The defeat is logical, and the team needs to improve the realization of chances.

At the beginning of the season, Lorient seemed to be more of a contender for relegation, but so far, the team has shown a surprisingly high-quality game. Terem Moffi has already scored four goals, although he distinguished himself eight times during the last championship. The Merlus 2 wins in 4 games and one game in reserve: the meeting with Lyon was postponed due to poor quality of the field. It is unclear whether the team will be able to rebuild quickly after the departure of Arman Lorient to Sassuolo, although Lorient made several deals before the transfer window closed. The newcomers to the Merlusians are Vito Mannone, Kenny Nagera, and Adil Aouchiche, with the latter having played more than 70 games in Ligue 1 in the previous two seasons. Adil's debut against Ajaccio is questionable, and Mannone won't play due to injury. Quentin Boisgard, Chrislain Matsima, and Igor Silva are still injured.

The previous day Régis Le Bris's charges ran out 2:5 away to Lens. Lorient took a two-goal lead, but the team's defense was too helpless to sit on the tie. The Merlus' defenders constantly failed one-on-one, which led to most of the conceded goals. Terem Moffi scored two goals with assists from Dango Ouattara, and we certainly can't complain about them.

The Lorient's vulnerability in defense was particularly evident in the last round, so for Ajaccio, this opponent is quite suitable to end the unbeaten streak. Against Montpellier, the Corsicans looked decent, and even on the road, they were more likely to score. Ajaccio seemed very confident at home in Ligue 2. In the current championship, they took points from Lens. Then, however, the hosts sat back in defense. A similar tactic will come in handy now.