Content
To top
1.
Buffalo Bills - not in consistent form
2.
Pittsburgh Steelers - poor form could continue, but the Bills will struggle to get a win
3.
Expert Betting Tips
Users' Choice
1622 200 USD 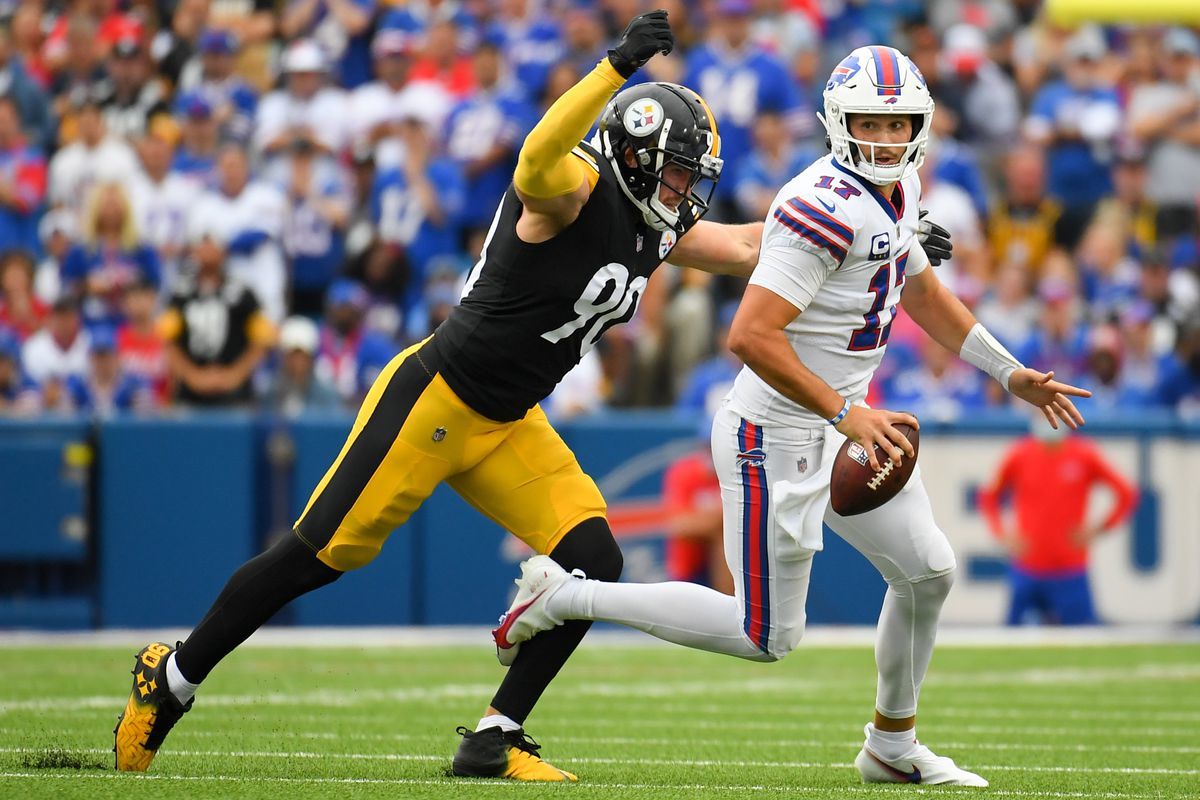 When the Pittsburgh Steelers travel to Highmark Stadium to take on the Buffalo Bills, they'll be looking to bounce back after a disappointing home loss to the New York Jets the previous week. Meanwhile, after getting back to winning ways last Saturday, the Buffalo Bills will seem set to get their revenge on the Steelers.

Buffalo Bills - not in consistent form

After a two-week trip on the road, the Bills will return to their stadium with thoughts of getting their revenge on Pittsburgh, which won the season-opening game in Buffalo 23-16 the year before. The Buffalo Bills have been victorious in their previous four games at home. With a completion percentage of 67.3 percent, Josh Allen has thrown for 1,227 yards, ten touchdowns, and three interceptions so far this season. While Devin Singletary has 17 receptions and a team-high 559 receiving yards, Stefon Diggs and Isaiah McKenzie combined for a total of 7 touchdowns. The Buffalo Bills' rushing attack is good for an average of 115.5 yards a game, and Allen is leading the way with 183 yards and two touchdowns. Buffalo's defense lets in an average of 14.5 points and 234.5 yards per game. The Buffalo Bills are led in tackles by Matt Milano, who has 27, Greg Rousseau is tied for fourth with four sacks, while Jordan Poyer has four interceptions.

Pittsburgh Steelers - poor form could continue, but the Bills will struggle to get a win

The Steelers come into this game on a losing streak of three games. After beating the Cincinnati Bengals in Week 1 in a game that went into overtime, they haven't been very good recently, losing their last three games to teams like the New England Patriots, the Cleveland Browns, and most recently, the New York Jets. At halftime, Pittsburgh was behind the Jets by a score of 10-6. Thus head coach Mike Tomlin switched to rookie quarterback Kenny Pickett for the second half of Sunday's home game against the Jets, which ended in a 24-20. Although he almost single-handedly led the Steelers to victory, the Jets were able to stage another comeback behind returning quarterback Zach Wilson. The Steelers led early in the fourth quarter with a score of 20-10, but still could not get a win at full time.

The Buffalo Bills' recent struggles may be a preview of next week's matchup against the Steelers. Of course, the Pittsburgh Steelers offense is not in good shape, and it's unclear how much a new quarterback will assist them in the short run. In Buffalo, a rookie is thrown into a lions' den. Lines in the NFL are usually thinner than this, but after four games, it's hard to root for the Steelers. Nonetheless, we are sticking with our original prediction of a Bills victory.

Chicago Blackhawks vs Winnipeg Jets Prediction: Bet on a victory for the visitors

Anaheim Ducks vs Seattle Kraken Prediction: The guests are in great shape