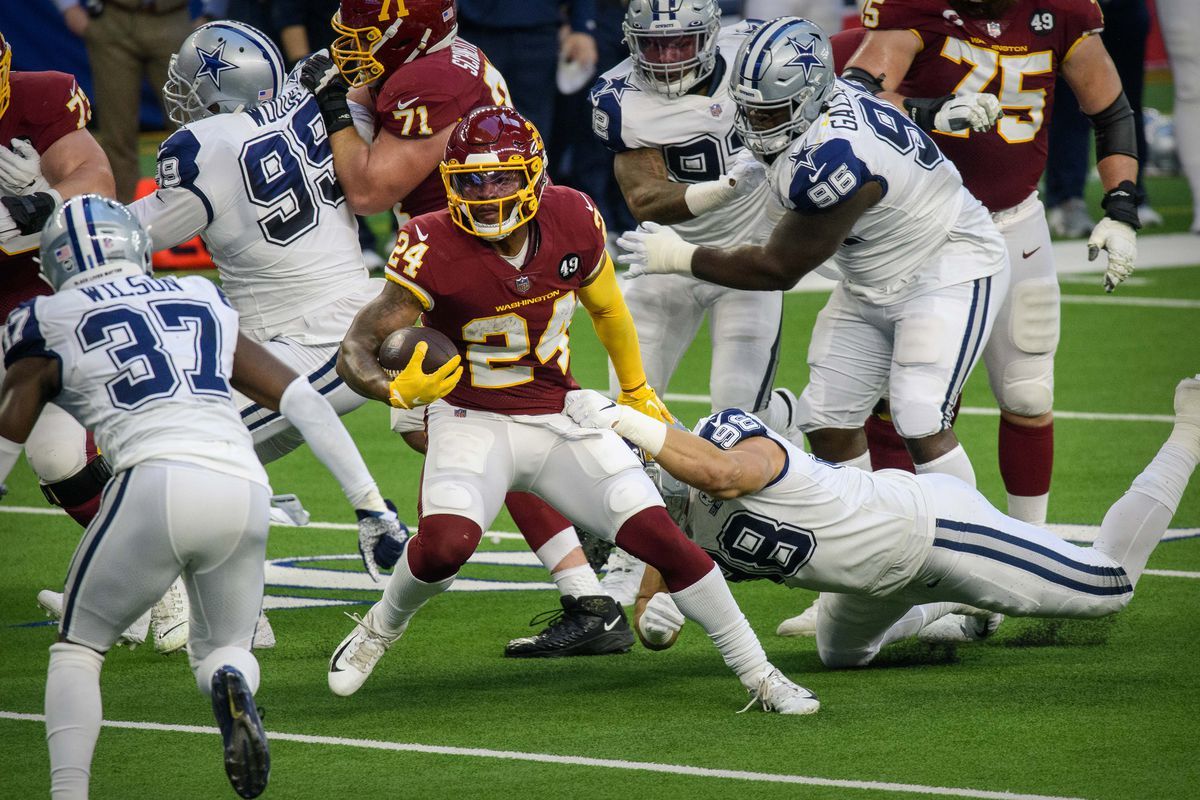 Taylor Heinicke and the Washington Football Team will head into their rivalry with the Dallas Cowboys riding a four-game winning streak. Heinicke is starting to break through his shell as a starting quarterback in the NFL. During their four-game streak, Washington has defeated the Buccaneers, Panthers, Seahawks, and Raiders.

The Dallas Cowboys have split their last four games, losing to the Chiefs and Raiders, but defeated the Falcons and Saints. Head coach Mike McCarthy guaranteed a win against Washington. Dallas only has a two-game lead over Washington, and a loss on Sunday could put their NFC East hopes in jeopardy.

The Dallas Cowboys were without running back Tony Pollard during Thursday’s practice. Ezekiel Elliott and Cederick Wilson were both full participants on Thursday. Rookie linebacker Micah Parsons was limited, but Parsons has a good shot playing on Sunday.

The Washington Football Team has shrunk the Cowboys’ lead and has covered the point spread in four straight games. Washington has a great shot at covering the 4.5 points spread on Sunday.