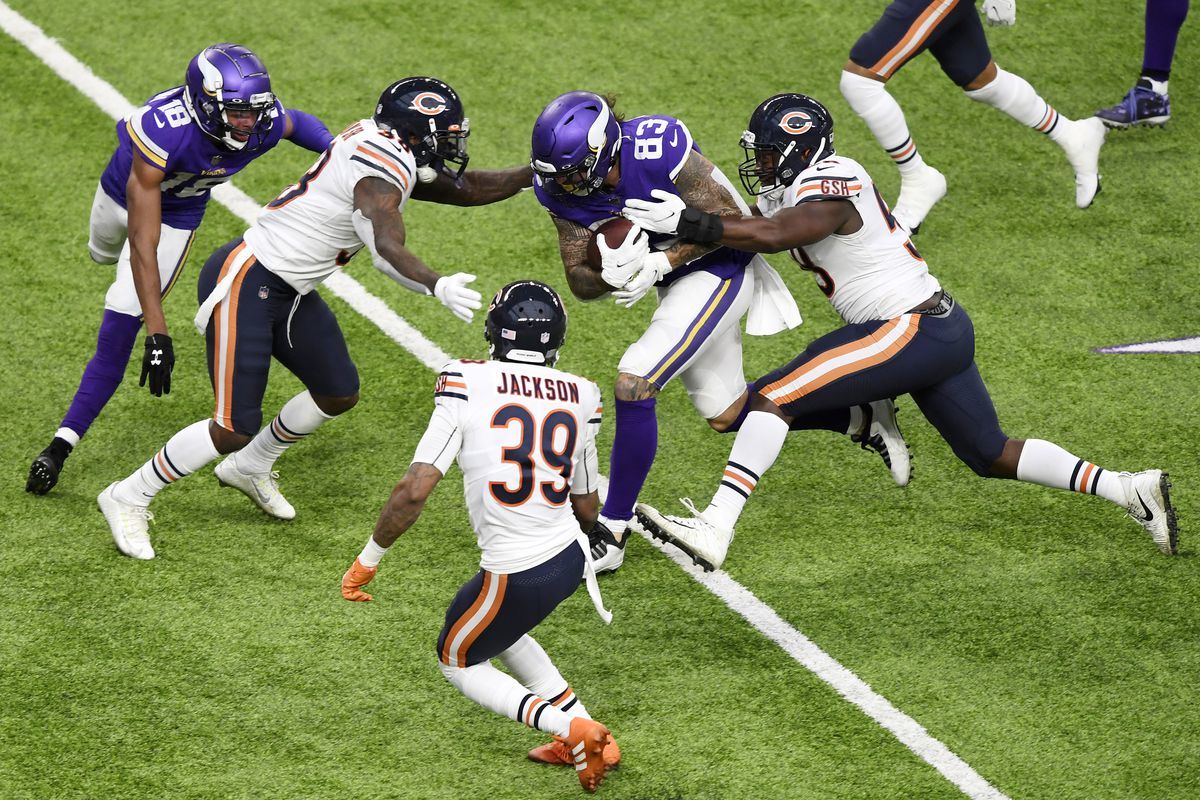 The Chicago Bears could be in line for a new head coach after this season. Chicago is close to being eliminated from the NFC playoff race. The Bears enter Monday night’s matchup with a 4-9 record and will have a top ten pick in the 2022 NFL draft, which is great news for the New York Giants.

Kirk Cousins and the Minnesota Vikings are right in the NFC playoff race. The Vikings are tied with Washington for the final playoff spot in the NFC. Every game counts for Minnesota and a win on Monday night could line the Vikings up for a playoff push.

On Thursday, the Minnesota Vikings were without wide receiver Adam Thielen and linebacker Eric Kendricks. When running back Dalvin Cook fully participated in practice, Minnesota did get good news. Both Eric Kendricks and Adam Thielen will likely play Monday night against Chicago.

The Chicago Bears tight end Jimmy Graham practiced on Thursday, but his participation was limited. Justin Fields and Akiem Hicks were full participants despite Fields’ hand and Hicks’ ankle injuries. Chicago may start throwing in the towel and resting starters in the next couple of weeks.