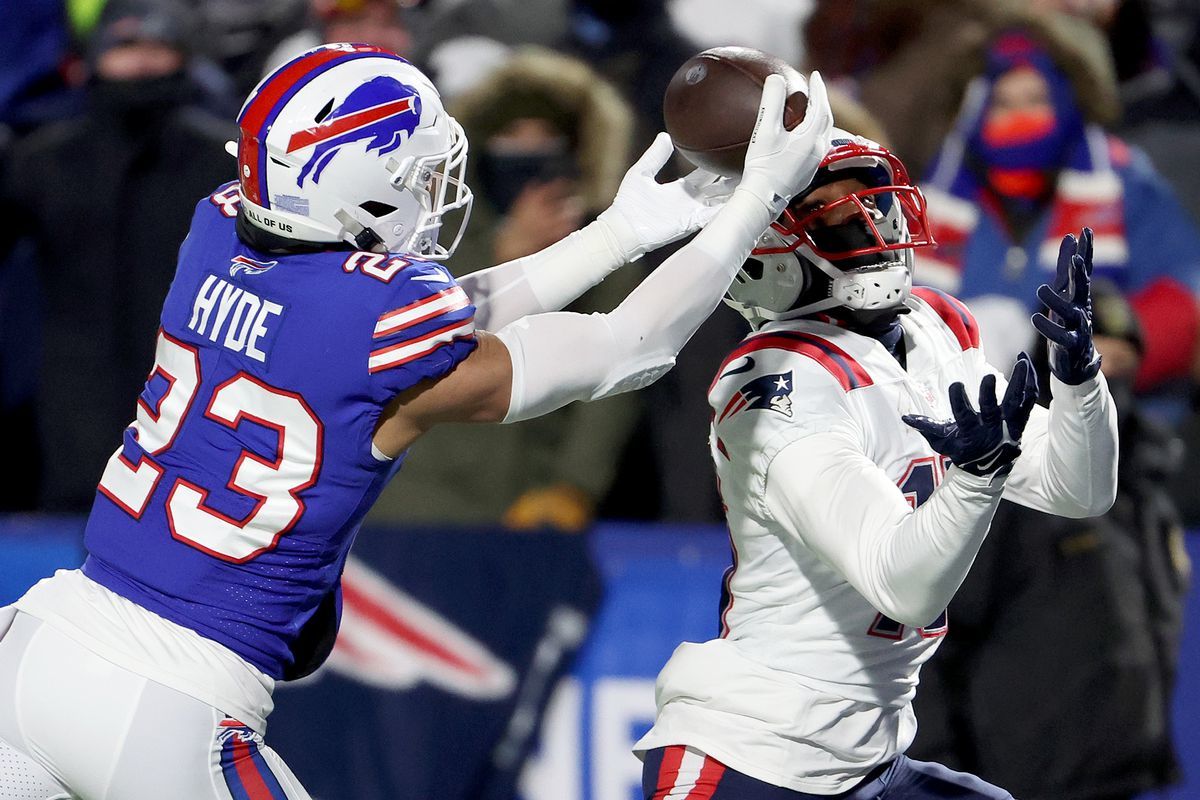 New England Patriots - Patriots hoping to get back to winning ways

Three of the last four games played at Gillette Stadium have ended in victories for the New England Patriots. Mac Jones has a 69.2% completion rate and has thrown for 1,768 yards, 6 touchdowns, and 7 interceptions this season. The Jakobi Meyers, DeVante Parker, and Rhamondre Stevenson trio have amassed 991 receiving yards and 4 touchdowns on 50 receptions. Stevenson has led the New England Patriots in rushing with 680 yards and four touchdowns this season. The team's rushing attack is averaging 109 yards per game. New England's defense is giving up an average of 307.8 yards and 18.4 points per game. The New England Patriots are led defensively by Ja'Whaun Bentley with 2 tackles, Matthew Judon with 13 sacks, and Jonathan Jones having three interceptions.

Buffalo Bills - Bills have a good win record over Patriots

Three of Buffalo's last four away games have ended in victories. So far, Josh Allen has thrown for 3,183 yards, 23 touchdowns, and 11 interceptions, good for a completion percentage of 63.9%. Dawson Knox has caught 33 passes, and wide receivers Stefon Diggs and Gabe Davis have accounted for 1,760 receiving yards and 14 touchdowns between them. Allen has led the Buffalo Bills' ground game with 561 yards and 5 touchdowns, and the team's rushing offense is averaging 136.7 yards per game. Buffalo's defense is giving up 18.1 points and 327.3 yards per game. In Buffalo, Damar Hamlin has 71 tackles, Von Miller has 8 sacks, and Jordan Poyer has 4 picks.

Though the Buffalo Bills are the only team and the clear favorites, they have been inconsistent over the past month, suffering two defeats and playing games closer than they should have been. Even though the New England Patriots have trouble finishing drives on offense, they are still a top-10 defensive team in every major category, giving them a chance to win any game, even on the road.