Pittsburgh Steelers vs Baltimore Ravens: Will the Steelers Split the Defence? 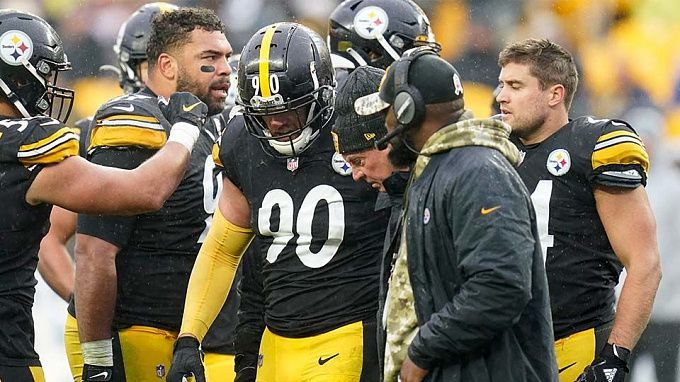 The match with Baltimore is probably the last chance for Pittsburgh to compete for the playoffs. Will Mike Tomlin's team beat the Ravens? Let's choose several options for the bet at once.

Pittsburgh has Lost 2 games in a Row

The Steelers were losing the previous two weeks in the playoffs race. First, Mike Tomlin's team, struggling and almost making a comeback from 10:27, lost 37:41 to the Los Angeles Chargers in an away game. Then, Ben Roethlisberger and the rest dropped 10:41 in an away match with Cincinnati. We think that the defeat from the Bengals is a consequence of the game with the Chargers. The fight with Los Angeles in the 11th week might be a crucial moment if Pittsburgh eventually does not get to the post-season. Although a week earlier, there was a terrible 16:16 home draw with Detroit.

Currently, the Steelers have a 5-1-5 balance. The Black and Gold are three wins behind the Ravens, the leaders in the AFC North, and two wins behind Cincinnati.

Baltimore is a High-Level Team

Baltimore won two consecutive victories. Moreover, in these meetings, John Harbaugh's team presented the best versions of themselves. First, the Ravens blew the Chicago Bears 16:13 away. Then they outplayed Cleveland 16:10 at home. Baltimore was almost twice long in possession of the ball in both matches, so if the Ravens can keep playing, it won't be easy to cope with them. The opponent has to stay concentrated to beat Baltimore because they won't give up the ball after scoring points. It's worth admitting that the team of John Harbaugh and quarterback Lamar Jackson is a decent contender for the Super Bowl.

Pittsburgh cannot lose in the upcoming match. Otherwise, the Steelers will let Baltimore climb too high in the standings. The Black and Gold can only beat the Ravens with rocklike defense. Probably, the Steelers will focus on it. Also, the defense is to prove itself – the two past matches have significantly damaged its reputation. Prediction: a few scores.

Canada U20 vs Switzerland U20 Prediction: Another easy win for the Canadians