Content
To top
1.
Tampa Bay Buccaneers - will the host extend their league wins?
2.
Green Bay Packers - going into this match to get a revenge
3.
Expert Betting Tips
Users' Choice
1856 200 USD 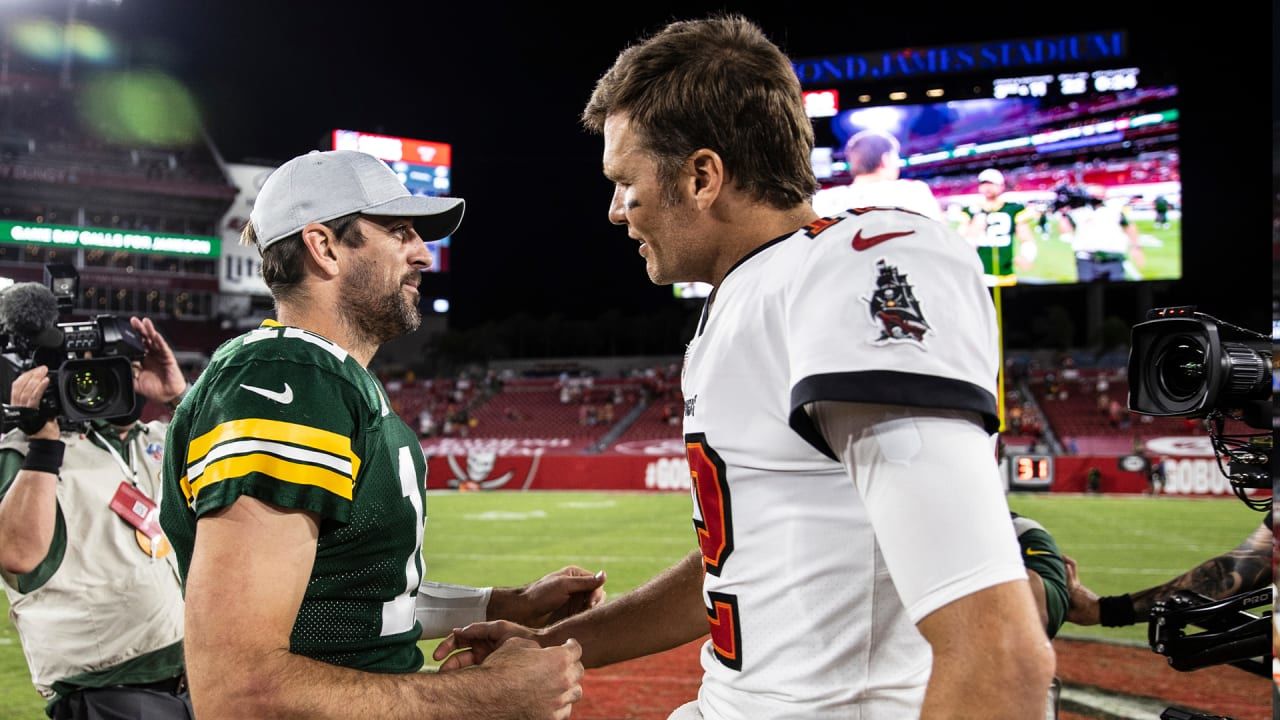 At 23:25 on Sunday, Aaron Rodgers and the 1-1 Green Bay Packers travel to Raymond James Stadium to take on the 2-0 Tampa Bay Buccaneers in perhaps the most important Week 3 NFL game. This Sunday's game is the first time these two teams have faced each other since the 2021 NFC Championship Game, and it will be Rodgers and Brady's sixth career head-to-head matchup (4-1 record in favor of Brady).

Tampa Bay Buccaneers - will the host extend their league wins?

Tampa Bay Buccaneers will go into this match following a win in their first two openings of the 2022 National Football League matches. In their last match against the New Orleans Saints, The Buccaneers snatched a 10-20 win at the Caesars Superdome stadium. In that match, third and fourth-quarter comeback performances from the Buccaneers were enough to overturn the first and second-quarter wins of the Orleans Saints. As they head into this marquee matchup in Week 3, Tampa Bay is likely dealing with numerous missing pieces on the offensive side of the ball. This is because Tom Brady is likely going to be without his top three receiving threats, Mike Evans (suspension pending), Chris Godwin (hamstring), and Julio Jones (knee), coming off of an uneasy offensive performance in Week 2. In addition, tackles Donovan Smith (elbow) and Josh Wells (calf) are uncertain to play at this early stage of the week. However, we still expect Tom Brady's side to get a win in this match as they will be focused on getting their winning streak stretched to three.

Green Bay Packers - going into this match to get a revenge

A 33-23 advantage for Green Bay over Tampa Bay is the best record in the series. But Tampa Bay has won the last two matchups, most recently in the 2021 NFC Championship, by a 31-26 over Green Bay. The Packers last triumphed over the Buccaneers in this series in December of 2017, prevailing 26-20 in overtime over Jameis Winston. The total score in five of the last seven matchups between these clubs has surpassed the set mark. The Buccaneers and the Packers have started the season 4-0 against the OVER. Nonetheless, we hope they will continue their trend of producing OVERs in this match, thanks to their potent offense.