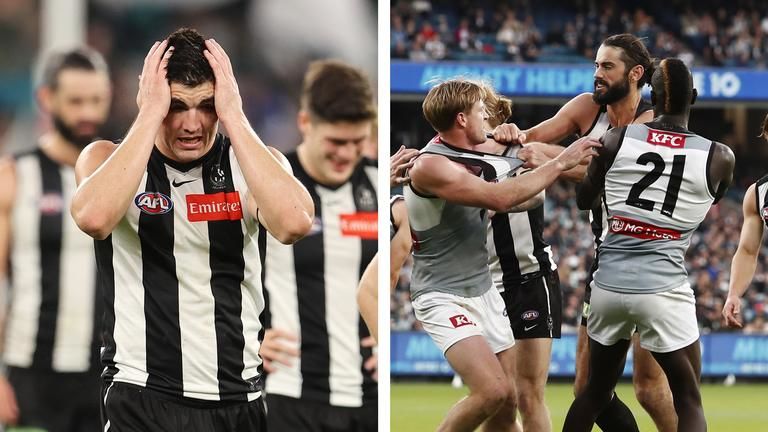 Collingwood Football Club will take on Port Adelaide in the upcoming fixture of AFL. With Collingwood managing to stay in the top five standings, we can expect a thrilling encounter. Moreover, the different round matches are also expected to make an impact on the points table. With the playoffs just around the corner, Port Adelaide will look to take its chances and try to reach the top 10 benchmarks.

Collingwood Football Club did save its A-game for the last crunch moment as they prepare to take on Port Adelaide in Saturday’s event. In their last game, they managed to hold their nerves against Essendon and win by the slightest of margins (80-76). Before that, they even clinched a win against Adelaide (86-91) which was quite an intense fixture to witness. For the upcoming game, Collingwood Magpies will be missing out on Brody Mihocek and Josh Carmichael, whereas Jordan De Goey makes his place in the playing squad. Going in the game, the Magpies has scored 4.9 points per game from center bounce clearances. Moreover, Collingwood has won 44% of the one-on-one contests while defending in their last four rounds. These stats are quite sufficient to prove that Magpies are very solid in their overall gameplay.

Comparing both the sides on paper and statistically, Collingwood has greater chances of winning and cementing its place at the top of the table. Moreover, the game total is expected to be over 160.5.