Content
To top
1.
Atlanta is One of the Strongest Right Now
2.
Washington is the Worst Conference Team
3.
Expert Betting Tips
Users' Choice
858 200 USD 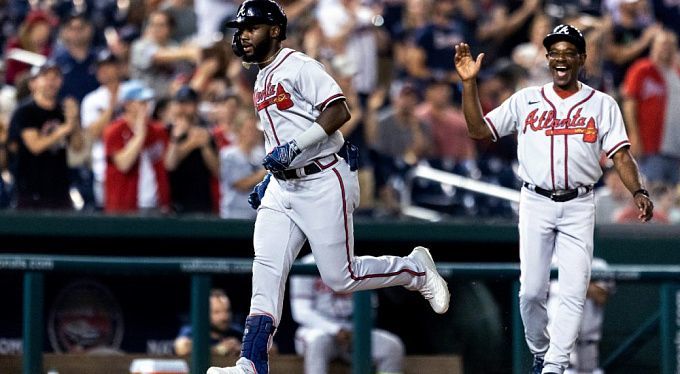 The first two games of the divisional series at Truist Park between Atlanta and Washington ended with the Braves winning. Will the Nationals get revenge in Game 3? Let's pick a few bets.

Atlanta is One of the Strongest Right Now

Taking a stretch of the last 30 games, the Braves are absolutely the best team in the National League with (22-8). The reigning MLB champion goes 51-35, just 2.5 wins behind their NL East division leader, New York Mets, occupying third place in the overall conference standings. Above Atlanta, besides the Mets, is LA Dodgers.

Washington is the Worst Conference Team

If Atlanta is the best, then Washington (9-21) after 30 matches is the weakest team in the conference. Dave Martinez's team ranks last in the National League for the season with a 30-57 balance.

Paolo Espino will pitch for the Nationals in Game 3 of their series, 0-2 and with a 3.33 ERA in 25 games, he was a starter only in five of them.

When Juan Soto recovered from injury, Washington's offense improved slightly. In the last game, for example, which the capital club lost 3:4, the team leader scored 2 runs. In the upcoming game, Washington could also take a shot at Ian Anderson, who hasn't been the most reliable player this season. However, it looks like he'll concede more. Especially Espino in the starting lineup, who mostly plays reliever and had a few quality starts. Prediction: Atlanta to win.