Cleveland Guardians vs Toronto Blue Jays: Canadiens to avenge the loss in Game 1 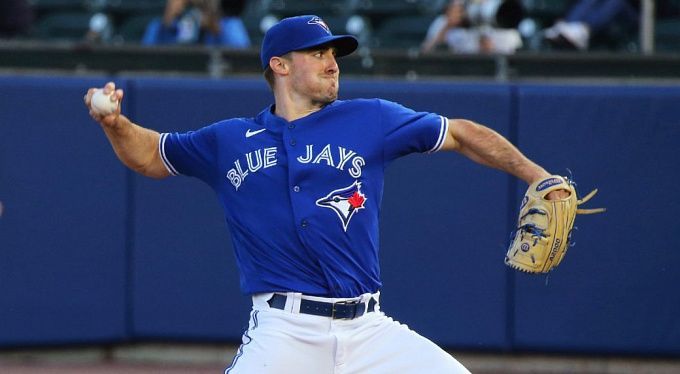 The Guardians beat the Toronto Blue Jays 6-5 in the first game of the series in Cleveland. Will the Canadiens be able to even the score in the second game? Let's pick a few bets at once.

The team from Ohio had a few bad streaks right from the beginning of the championship, so the wins in the last games are quite meaningful for the Guardians. Before the home opener against Toronto, Cleveland exchanged wins with San Diego at home as well and prior to that took all three away games against Oakland. The successful streak allowed the Guardians to tie with the Chicago White Sox in the American League Central Division standings, both teams having 12-13 each. Minnesota leads the quintet with 16-11.

Triston McKenzie will pitch for Cleveland in the upcoming game. The pitcher is 1-2 and has a 2.70 ERA in 5 starts in the new season.

Before coming to Cleveland, Charlie Montoyo's team lost a divisional road series to the New York Yankees, resulting in Toronto nearly ruining the tournament position. The Blue Jays now sit third in the American League East Division with a 16-11 balance. The Yankees are 18-7, while Tampa Bay is 16-10. If Toronto takes revenge on Cleveland in the upcoming game, they will overtake the Rays.

Ross Stripling will pitch for Toronto in the second game against Cleveland. The pitcher is 0-0 and has a 3.79 ERA in six games in the new season.

The score in the season series is 1-0 in favor of Cleveland.

Last season, Toronto won 2 out of 3 games in Cleveland.

After a series loss to the Yankees, Toronto's plans are unlikely to include a series loss to Cleveland. This means that the Blue Jays will only be satisfied with a win in the upcoming game. In the first game, Charlie Montoyo's team showed that they can handle Cleveland by nearly pulling off a 2-6 comeback. In the second game, the Canadiens will surely finish the job.

Prediction: a win for Toronto.