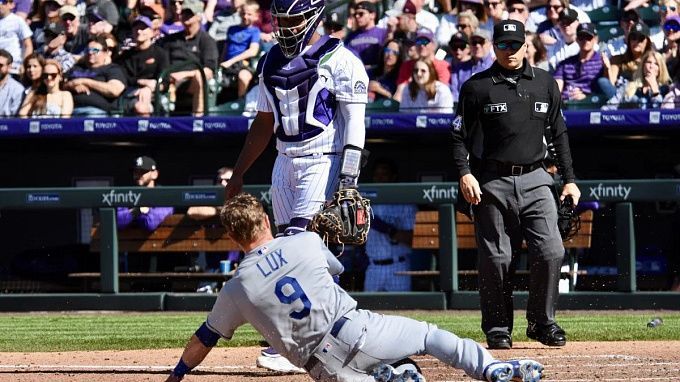 The Los Angeles Dodgers will travel to Denver to play a three-game series against the Colorado Rockies after winning the series with Atlanta. Check the team conditions and choose several betting options.

The Rockies proved they are two different teams at home and away. After three straight home wins over San Diego, the Denver team lost five of their six away games. Colorado lost to Miami three times in a row (8:9, 4:7, 2:3) and somehow managed to take one match of two from Minnesota (1:0, 0:6, 3:6). The Rockies are in last place in the National League West Division standings with a 31-42 balance.

Chad Kuhl will pitch the first game of the series against the Los Angeles Dodgers, 4-5, with a 3.95 ERA in 13 games this season, as Colorado's starting pitcher.

Psychologically, the away series against Atlanta was crucial for the Dodgers. After all, it was the Braves who had blocked Dave Roberts' team in the last playoffs. The Dodgers beat Atlanta in 2 out of 3 games to close out the season series 4:2.

Tyler Anderson will pitch for the Dodgers in the first game of the regular series against Colorado, 8-0 and with a 3.00 ERA in 13 starts.

The final game of the series with Atlanta was exhausting for the Dodgers and ended in only the second extra inning. So, for the first game of the series against Colorado, the team hasn't had enough energy, especially without the still-injured Mookie Betts.