Content
To top
1.
Houston is the best team in the American League down the stretch of 20 games
2.
Kansas isn't that bad
3.
Head-to-head encounters
4.
Expert Betting Tips
Users' Choice
87 200 USD 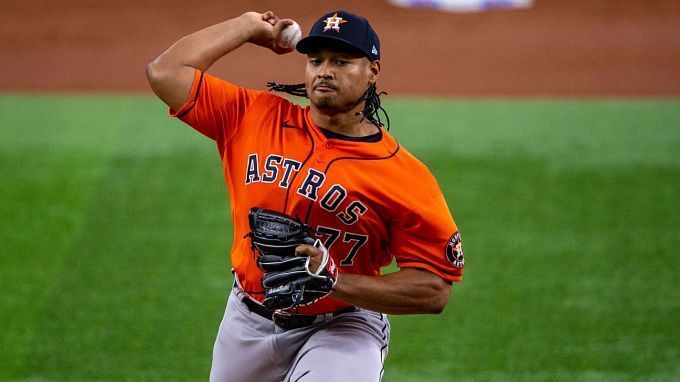 Houston has been unstoppable of late. The Astros have won 16 of their last 20 games, including game one of a home-and-home series with Kansas. Will the Texans win the second game as well? Let's pick a few bets at once.

Indeed, no one in the American League has a better record than Houston's 16-4 over the last 20 games. Moreover, there isn't a team like that in the National League. The Astros have made a truly phenomenal run and apparently plan just to secure a win in the AL West Division as early as possible. Houston currently leads the division with a 13.5 win handicap.

Houston's starting pitcher for the second game of the series against Kansas is Luis Garcia, 6-5 and a 3.54 ERA in 14 games.

If you take the same stretch of the last 20 games, Kansas isn't doing too bad, going 9-11 and ninth in the American League standings. While overall, the Royals are penultimate in the conference with a 29-49 balance.

Game two of the series in Houston is a landmark game for the Royals. Zack Greinke, who spent 2.5 seasons with the Astros, will pitch for Kansas. The Royals and Astros legend is 2-4 and has a 4.38 ERA in 12 games in the current league.

The score in the season series is 3-1 in favor of the Astros.

Zack Greinke is an experienced pitcher and may well provide decent resistance to the Houston hitter. Although his young opponent, Garcia, has looked great lately as well. From the Yankees, for example, Garcia only missed one inning. In fact, it's more expensive to bet against Houston these days. The Astros are coming off a solid first half of the regular season.

Prediction: a win for Houston in a low-scoring game due to the experience of the Royals' starting pitcher.